“Training and development of all people, young and old, is a good business practice”.

How has the aerospace sector in South Africa grown and what are its challenges for the coming future?

The South African aerospace sector has grown by developing a niche for itself, developing components for larger aerospace companies around the world using innovation and high tech manufacturing. For instance, South African state-owned defense equipment manufacturer Denel recently signed a multi millon dollar agreement with Airbus to manufacture tail plane parts for the A400M strategic airlifter. Aerosud Aviation, based outside of Pretoria South Africa also produces a large number of parts for Boeing and Airbus.

With that being said, Aerosud and Paramount Group, Africa’s largest privately held defence contractor recently teamed up to develop the new Advanced High-Performance Reconnaissance Light Aircraft (AHRLAC). It is a revolutionary new African-designed and developed aircraft, destined for a significant role in a wide range of military, policing and civilian tasks around the world.

I previously served as the assistant to the Executive Chairman of Paramount, Ivor Ichikowitz. Ivor is busy buying up all the smaller specialized South African companies in order to form a global force to be reckoned with. Paramount can now offer a wide array of products such as mission sensors and systems, avionics, logistical and planning support, research and development, UAV’s and systems integration.

There are significant challenges ahead. Many of South Africa’s specialized engineers, few and far between, are reaching retirement age. Their unique skill set will be difficult to replace if they are not soon tapped as mentors to provide on the job training to the younger generations. Moreover, some of the country’s best and brightest in the aerospace sector are soon recognized and then are scooped up by the bigger international companies offering them more money, in offices around the world.

Another challenge is government support. In South Africa, the new 21-year-old government now recognize the importance of the aerospace sector. However, rhetoric is not the same as implementation and funding. Adding to this, the South African National Defence Force (SANDF) is in disarray. This means a lack of research of development money, and essentially no local procurement, making it difficult for some of the smaller companies to survive. This is why South African companies are looking more and more to Africa and other developing countries around the world. 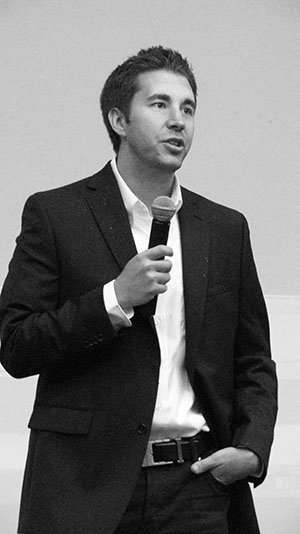 Which is the role of South Africa in the aerospace business worldwide? Its strengths and weaknesses?

The South African aerospace sector acts as subcontractors and delivers subsystems and components to the Global North, as well as assists Global South markets as integrators, systems upgrades or as original-equipment manufacturers. South Africa specializes in areas like avionics, advanced materials and manufacturing technology.

Many of South African aerospace companies are small but very capable. A local company Cassidan Optronics now Airbus Defence Optronics extended its Gripen contract for the supply of helmet head-tracking systems to supply the same units to all Eurofighter Typhoons and now also the US-led multinational F-35 Joint Strike Fighter.

South Africa is a major location for aircraft refurbishing. It also produces a lot of micro-light aircraft and has a high ranking in world exports of rotary-type aircraft engines and aircraft seats.

Overall, the industry still has excellent skills and manufacturing capabilities; think one of the most sophisticated helicopter gunships in the world (the Rooivalk) and now the AHRLAC.

There are some hindrances like the country has strict export regulations. Moreover, the currency, the South African rand, fluctuates considerably, but that is an issue South African companies are familiar with and adjust accordingly.

What are the latest economic data that handles the aerospace sector in terms of turnover, employment, exports, aerospace companies settled there, etc?

Consistent and accurate data is hard to come by. It is believed there are between 100 and 200 organizations/companies involved in aerospace in South Africa, but this number now might be smaller as the capable companies are being bought up by the bigger boys like Denel, Paramount, Airbus and others. What I can say for sure is the aerospace and broader aviation sector supports tens of thousands of jobs in South Africa.

This lack of data may change, however, due to the growing interest in the policy arena and as the government matures.

Why and when did emerge the idea of creating AERLA? What’s the role is called to play within the aerospace industry in South Africa?

My business partner Dr Ken Baucom and I have been talking about such a school for almost 10 years, but we only starting building about 2 and half years ago, opening our doors in January 2015.

We both had different reasons for starting an Academy like this. Ken’s two sons, both born in South Africa, attended military boarding high schools in the US. Both turned out to be very successful. Ken attributes a lot of this to the values entrenched in them during those years.

I, on the other hand, have always loved aviation and space, and worked for Paramount Group seeing the need for AERLA. The South African aviation, defence and broader aerospace industry was boosted during apartheid when the country was economically isolated. They innovated and produced out of necessity with some absolutely brilliant minds. I don’t want to see this disappear and I want to get the young people of South Africa excited about what the future of the industry holds locally, African wide and globally.

These reasons, combined with shared goals such as improving our country’s maths and science education and combating perceived behavioural ‘problems’ associated with the younger generation, like a lack of discipline, eventually pushed us to turn our dream into a reality.I have led the drive to partner AERLA with South African and American companies to assist their learning. We also have executives from around the world who serve as mentors for our cadets and help guide the institution. They also help inspire. Moreover, as you know, Aerospace has one of the highest economic multipliers of all high-technology industries. Having future South African leaders in these fields will be crucial for the socio-economic development of the country.

What about the policy for South African Aerospace? Is there enough public investment?

There has been a large movement in this space over recent years. The South African military just went through a comprehensive Defence Review that clearly outlines the problems and what needs to be done about it. It is also the role of the South African Department of Trade and Industry (DTI) and the Department of Science and Technology (DST) to ensure that the South African aerospace and defense industries are effectively positioned for future competitiveness. They have policies and plans in place like the Industrial Policy Action Plan (IPAP 2014/15-2016/17) and the larger country wide National Development Plan. There is also work being done on an Aerospace Sector Development Plan (SDP) and to establish a national Joint Aerospace Steering Committee (JASC) to drive the Aerospace Industry Action Agenda (AIAA).

Again all of this is great. There does appear to be political will and public support. The documents say the right things, ie the government recognizes the immense potential of the composite sector, noting that it will be dominant in aerospace going forward and should be integral to future business planning. However, talk is cheap and easy.

There is a problem when “the left foot doesn’t know what the right foot is doing.” I attended a recent seminar at the South African National Space Agency (SANSA) and it became clear various larger questions still need to be answered. As a country and in ‘space’ in particular, where are we headed? Do we want to specialize in cubesats? larger satellites? Do we want launch capability? You need to know where you are going and who is doing what or order to get there.

Is there a close collaboration between Government, Industry and Research institutions to improve competitiveness?

If you would have asked me this just a few years ago, I would have said no. This is changing. The various entities have come together to develop these new plans and initiatives. Some entities like South Africa’s CSIR and the Aerospace, Maritime and Defence Industries Association have been crucial in guiding these processes. There have also been a number of stakeholder workshops, as well as smaller and more informal meetings, which are welcomed.

I was just invited to attend a “Space meets Industry” Business Breakfast to be held on 3 June 2015 on behalf of SANSA. The event is aimed at high level decision makers in Industry, Business and Government with the objective of initiating a dialogue on the benefits and opportunities that space, through SANSA’S activities, provides in developing innovative solutions to global and national challenges.

In which projects is AERLA involved actually and what are your challenges for the coming future?

We are involved in many of the projects and are often invited along with South African universities in order to provide guidance on the education and skills necessary to grow the aerospace sector in the country.

One of the main challenges is the overall terrible state of the South African education system, especially regarding math and science. We are a small-specialized school of 80 cadets and the aerospace engineering departments of the some SA’s best universities have around the same number. Even getting this small amount of young South Africans to enter and then cope in this environment is a difficult ask.

Investment in education, via good quality teachers and courses that prepare students for a career in future engineering specialties is crucial for South Africa.

The issue of training young people is a pre-requisite to good business practise?

The short answer; yes. Training and development of all people, young and old is good business practice.

The youth of South Africa holds the future of the country in their hands, but they need support from the business community. About 19-million South Africans are between the ages of 15 and 35, accounting for more than a third of the population. If these young people cannot channel their energy, ideas and ambitions, the country is doomed. The hope is these young people can bring fresh ideas to the various sectors and new technological solutions.