“It is essential to consider climate change forecasts when upgrading existing or developing new infrastructure.” 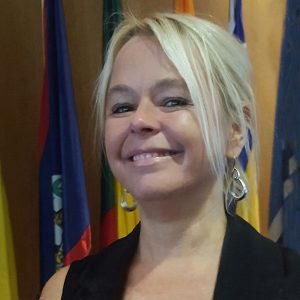 I think we have a good understanding of the main impacts which will affect airports, such as threats to infrastructure from rising sea-levels, inundation due to exceedance of draining capacity in heavy rainfall, damage to surfaces from extreme heat, or impacts on operations due to very strong storms. But impacts can vary greatly depending on factors such as geographical location and airport design, so all airports are advised to carry out their own risk assessment to identify the vulnerabilities that they may have. Then they can start to identify and implement adaptation and resilience measures to address them. For sea-level rise this may be constructing sea-defences, whereas to combat an increase in heavy precipitation  that may be increasing drainage capacity, or for airports that are expected to see an increase in extreme heat days that may be increasing terminal cooling capabilities. But again, the measures will vary according to the impacts an airport is at risk from.

Although weather events are getting more extreme, some airports will be affected more than others, depending on their geographical location and scale of operations. What are the forecasts for the European airports?

The European Environment Agency recently published an update on expected climate change impacts for Europe [2]. It tells us that droughts are expected to become more frequent in southern, central and western Europe although, conversely, all regions could also experience an increase in heavy rain, particularly in winter. Estimates for sea-level rise vary between 0.2 and 1.0 metre depending on the emissions scenario, although some recent studies have suggested up to 2.5 metres may be possible.

But as you say, specific impacts for an individual airport could vary considerably depending on an airport’s grographical location and design. So it is important for an airport, or any organisation looking to carry out a climate change risk assessment and implement an adaptation plan, to get good localised climate forecasts on which to base assessments and planning.