An interview with Paul Fairbairn

The Aviation Division Director of British firm Mott MacDonald provides us an exclusive insight for our newsletter into how he sees the future of the aviation sector.

The head of the Aviation Division of Mott MacDonald, Paul Fairbairn, has one thing extremely clear: in the aviation sector it’s all about speaking the same scientific language, as the key is in specialisation. “When the different members of an international team all speak the same scientific language, it’s easy to understand each other, even if the native languages differ,” commented Fairbairn, who sees AERTEC Solutions as an interesting partner for large engineering firms due to its “high degree of specialisation”. In this interview, the leader of the airport business in one of the world’s largest engineering firms gives us his insight into the evolution of the sector. He also provides us with some details about some of the company’s most important projects, and gives us an idea about what airports will be like in the future.

The aviation sector for Mott Mac Donald, and some of its most emblematic airport projects.-”We have significant business in the UK, in Hong Kong, and also a number of large aviation projects with American joint ventures. Despite that, we think that this is a sector with huge opportunity for growth (…) We are currently working on big projects at London Heathrow, Hong Kong and at Changi Airport in Singapore. At Heathrow and Hong Kong for example we are leading new methods for access in order to achieve new sustainable solutions. Moreover, we are trying to extend what we are doing there across the whole of the UK, to airports such as Gatwick, which has not yet been exploited to its full potential.” 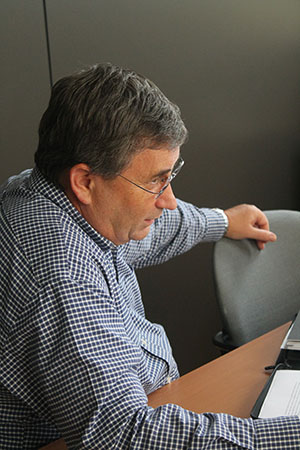 The language of specialisation.-  “In addition to general skills, people working in an international team must be able to understand each other scientifically, despite speaking different native languages  (…) and this is something we look for in our partners (…) That’s why AERTEC Solutions makes a great partner, for its high degree of specialisation, and also because it can really help when working in Spanish-speaking countries (…) At Mott MacDonald we believe in being collaborative and we look for specialised partnerships to build the best team for our clients.”

How things have changed.- “If I think back from my personal experience since I started working this sector, many things have changed, many structural changes in the industry that have reshaped the air travel market. In the early 1990s, the Boeing 747-400 was introduced, but not many people could fly from South-East Asia to London non-stop. It is interesting how the evolution of long-haul jets has changed the dynamics. Now it is much easier to fly to places such as India or Abu Dhabi. I think the two main structural changes are the emergence of the large hubs in the Middle East such as Dubai, Abu Dhabi (…) and also the increased number of carriers and the consequent increases in air traffic. I believe air travel is now more widely available to everyone.

The best airports in the world.-”The big new Asian airports are consistently the best in the world. If you look at places like Hong Kong, Incheon and Changi, these airports share all the prizes for the best airports in the world in my opinion. Their best feature, I feel, is the way the passengers are handled. It’s all about the attention to detail. Another thing is the design: and that doesn’t necessarily mean grand architecture, but a design structure that helps improve the overall passenger experience. If you look at Changi, they are absolutely passionate about customer service. At Hong Kong and Incheon on the other hand, architecture is more essential, however the passengers also receive an impeccable service (…). I believe that’s where the future is, in improving the whole flying experience for the passenger, including layovers and transit (…).

Where are things heading.-“As far as improving the passenger experience goes, the opportunities presented by technology are fascinating. I’m not talking about the latest technologies, more about those that have been developed during the last 10-15 years that haven’t yet reached their full potential in different sectors. Just think of a few of the things you can do with a smartphone in terms of passenger convenience. At London Heathrow for example, we have technology that allows people to do almost everything for themselves, and it also 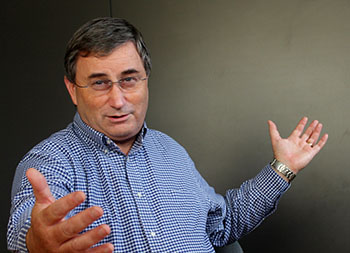 leads to increased profitability for the business. We need to get more creative when it comes to technology. Let’s see where things go over the next 20 years. For example, look at the most popular airports in the world and at how they operate in terms of security. The prospects in terms of security might be very different thanks to new technologies. We might well see a new generation of terminals in the future”

Single European Sky.-”I don’t think the complete future of aviation depends on SESAR, but I do think it offers massive opportunities to support European aviation, particularly for congested European airspace. There are a number of areas in Europe, such as the United Kingdom for example, that are saturated, and this project could make a difference in terms of change, and that would be revolutionary.

The growth of the sector.-”I think the outlook for growth in the sector is very positive, above all in rapidly growing markets such as Latin America, China and India. They are interesting markets with a lot of opportunity, and are worth keeping an eye on.”