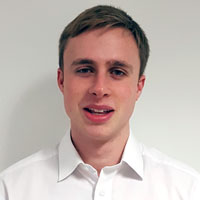 Most commercial applications of drones currently involve the external use of drones. However, drones also have much potential for internal use. Advances in automation have resulted in the high prevalence of robotic systems within factories, which often have much higher flexibility than their predecessor systems. Having said this, none can provide the full utilisation of 3-dimensional internal space in the same way that a drone can, giving a drone system ultimate flexibility and reconfigurability.

The widespread implementation of drones in industry looks to be inevitable.

Drones have the potential to save significant time in checking product inventory as they can reach high-up areas that operators cannot easily access from the ground. The American retailer Walmart is currently developing and testing a drone system for this purpose. The drone is manually controlled, and automatically reads labels on the stock using a camera. Walmart estimate that this drone system will complete an inspection in 1 day, rather than the 30 days to carry out the inspection manually.

Internal inspection drones may also find uses in inspecting finished assemblies. For example, a drone can be used to detect minor cracks, missing rivets and scratches on an aircraft assembly. A key enabler for this drone application is image recognition technology. Even though a drone won’t become fatigued and lose concentration like a human operator, it is still critical that every imperfection is recognised, meaning that this technology is still some way from commercial implementation.

Delivery drones such as those being tested by the likes of Amazon and UPS, are perhaps the most exciting commercial application of drones. For instance, internal delivery drones can act as delivery systems for small components. Drone are particularly suitable for applications with low-medium throughput, but with a large variety of delivery paths. However, the prospect of a drone flying above worker’s heads is something which may cause some concern, especially considering many mid-size drones weigh greater than 10kg including payload. Another issue is drone noise, as a drone is approximately as loud as a vacuum cleaner. Possible solutions to these problems include using safety netting, and routing flight paths away from operators.

Delivery drones can carry packages for up to roughly 40 minutes on a single charge. Most drones on the market cannot fly for this length of time because of non-maximised battery capacities. Presumably the cost of extra batteries and the potential for advertising improvements in the future, are reasons why manufacturers do not maximise their flight time.

For fully autonomous drone systems to work effectively, automated charging stations are necessary. The latest method for automatic drone charging is by using inductive charging pads. A drone simply has to land on the pad, without the need for an operator to plug in a charging cable. For situations where the drone needs to operate almost continuously, there are battery swap stations. Although complex and expensive, these enable very high utilisation of the drone.

The widespread implementation of drones in industry looks to be inevitable. PWC (PricewaterhouseCoopers) are predicting revenues from commercial applications of drones to massively expand from the current $2B to $127B by 2020. The benefit of using a drone inside a building is that there are currently no FAA regulations which apply. This means there is almost complete freedom for companies to test drone capabilities inside a facility, providing health and safety guidelines are met. Companies should therefore make the most of this freedom, and push to test and develop this technology for the future.