The passion for flying has been a constant in the history of humanity, as mentioned in some of the most ancient manuscripts. However, lack of knowledge and technique limited the practice of an activity so unnatural for humans.

Though the wish to fly has been fulfilled, it is still evolving; and, people continue to be especially attracted to travelling by plane, even taking “flights to nowhere” as is the current fad. This involves a one to two-hour trip, to and from the same place, just for the joy of flying.

Together, the first aeronauts created the aviation we enjoy today. Every small step required enormous effort in their days.

The journey to the present has been long and complicated. There is evidence that in China, people flew by kite almost 3,000 years ago. Prisoners were used in tests – in case they failed – but after proving feasibility, this technique was used for military observation.

It could be said that Abbas Ibn Firnás was the first person who studied genuine flight techniques and put them into practice. In the ninth century, this man from Andalusia, in present day Spain, jumped from the tower of the Cordoba mosque using a rudimentary parachute. A few years later, he flew for several minutes using a glider made of wood, cloth and bird feathers. He survived both ventures a thousand years before the Wright brothers took off in their Flyer I.

Since then, many pioneers have developed theories and put flight techniques to the test, some more successfully than others. Most of them made progress little by little, one small change at a time, contributing all together, to the present moment, where aeronautics is one of the most advanced and complex industries in the world.

In this infographic, we look at some of the pioneers who, up to the beginning of the 20th century, showed the creativity, determination and courage to make the dream of flying come true. Each one contributed some innovation that fostered the advance of aeronautics. Together they shaped the aviation techniques we enjoy today, and which so many other everyday activities depend upon. In reality, the world as we know it today, would not be viable without aviation. 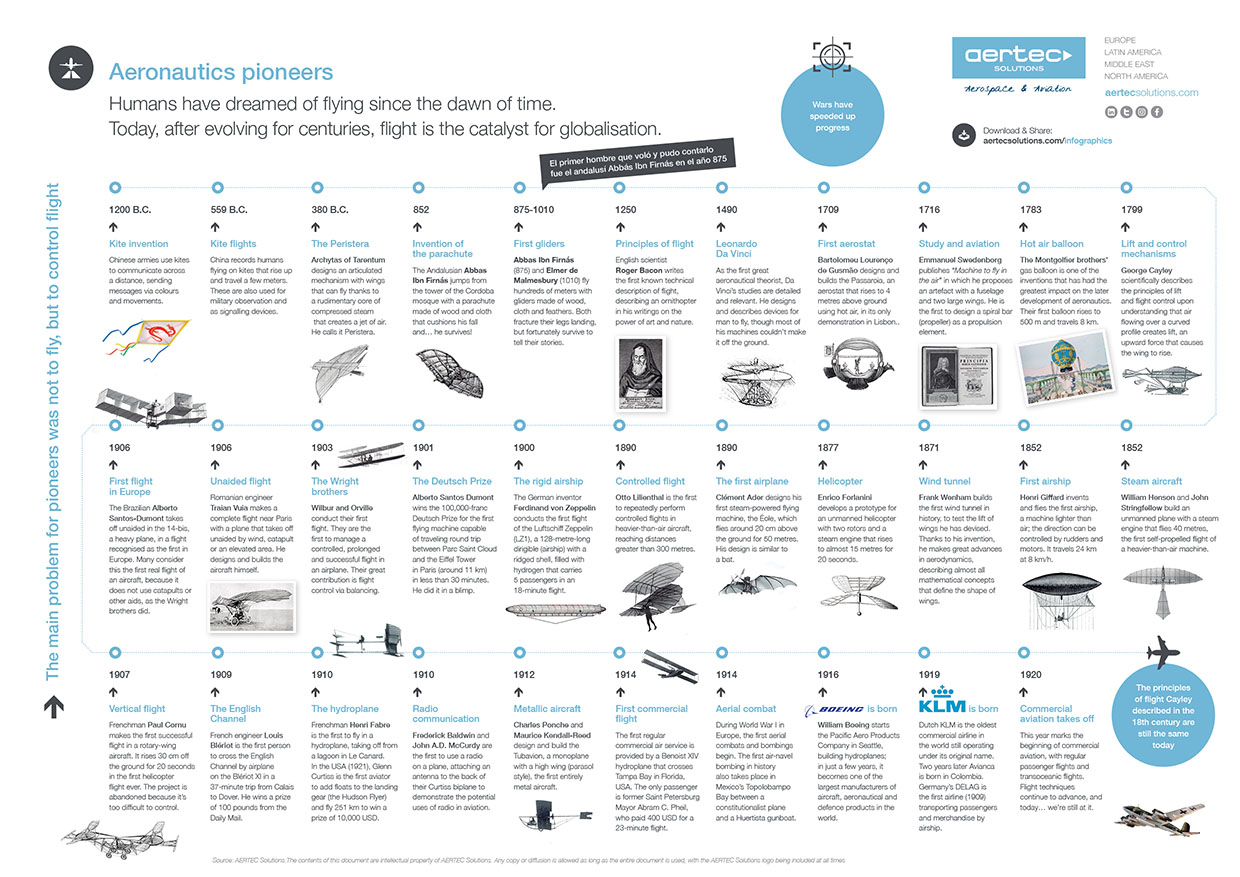