Where were you on 20 November 1998? Do you remember? It was over 20 years ago that a Russian Proton rocket took off from the Baikonur Cosmodrome (Kazakhstan). Inside, it carried the first of the modules that would make up the future International Space Station, the Zarya. Two years and several modules later, the first crew members began to arrive, and it has been inhabited continuously ever since.

Two salient facts have arisen from the International Space Station (ISS), one political and the other technological.

In the political context, it has highlighted the fact that a large number of countries, all very different from one another, are able to collaborate for a great common project. Until that time, each space agency had had its own orbital station project, which ultimately turned out to be more expensive than any single country, however large, could afford.

While it is true that in the ISS there is a Russian section and an international section, according to who manufactured and manages each module, the reality is that collaboration between countries is exceptional in almost every field.

However, the most important thing about the ISS is its technological and scientific impact. In addition to all the aerospace challenges posed by its construction, all of which have been overcome, it is also a unique platform for carrying out scientific research that could not have been carried out in any other way. More than five hundred scientific programmes have already taken place in this extraordinary laboratory.

To reach the current level of features, habitability and self-sufficiency, a good number of new sections and many hours of work have had to be added to the original module. To this end, more than 200 missions have been carried out, which have exchanged crew, supplies, spare parts, tools, resources for experiments and new parts between the space station and Earth. Many of these missions have also been carried out without crew on board.

In order to be aware of the enormous technological challenge and the huge amount of planning work required for the development of the ISS, we have compiled some of its most relevant characteristics, components and interesting facts in this infographic. It seems like yesterday, but twenty years have passed since the first of its modules began orbiting Earth. 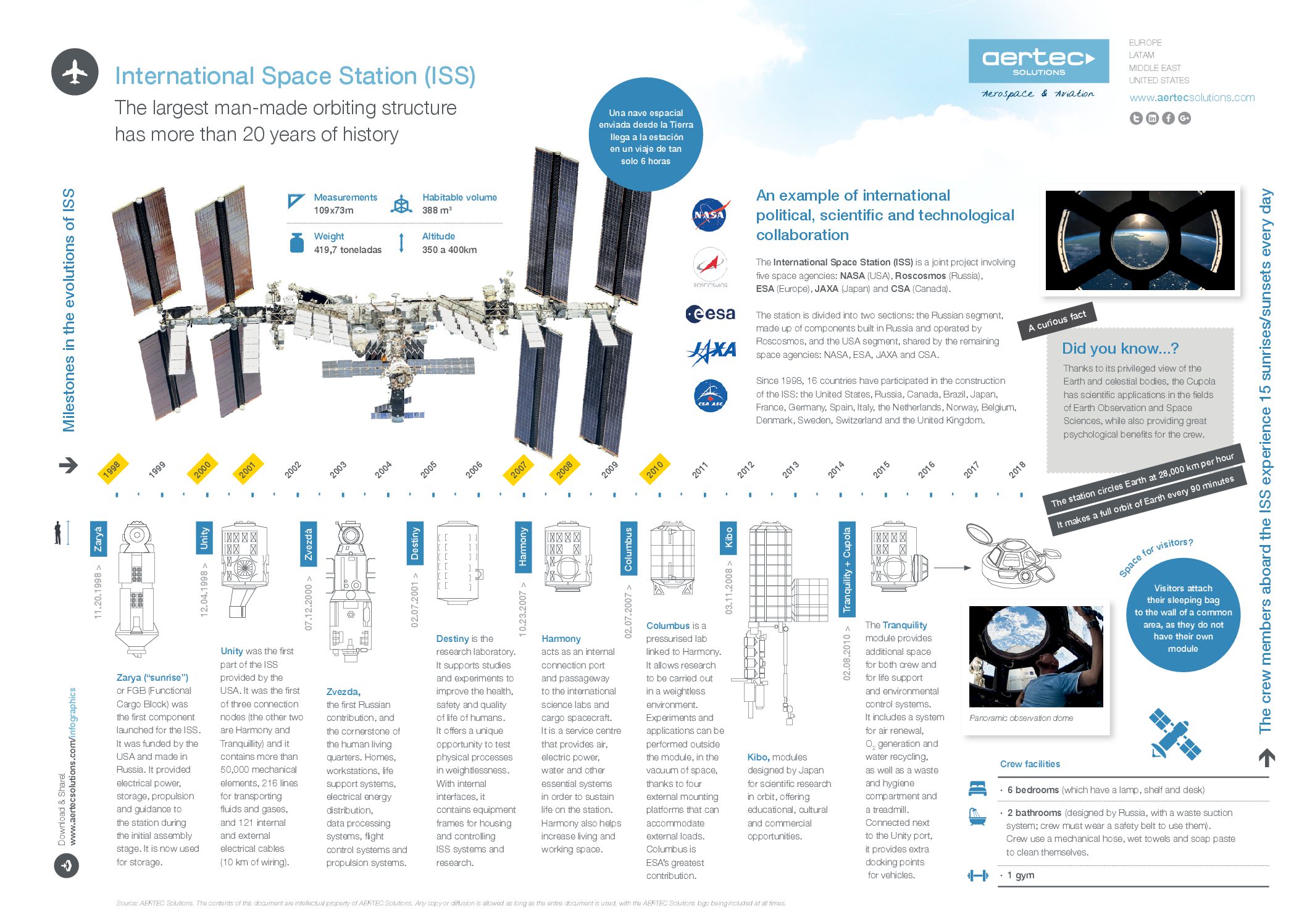