In the wake of aeroplane trails 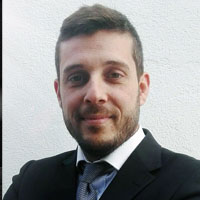 Aeroplane trails are very common in our skies. They are areas of condensation generated by the vortices at the wings and engines of aeroplanes which precipitate a current of ice crystals in the form of a flow. These trails, which do not cause pollution, are known as contrails. They are also called “condensation” or “vapour trails” and are caused when there is very low pressure at high altitude and certain humidity conditions.

Condensation trails may have different origins, natural or not.

In addition, “coloured smoke trails” appear behind aeroplanes at air exhibitions and events. These are formed by releasing non-aggressive colouring agents from the aircraft in flight.

Another kind of trail was seen, for instance, in October 2012 when an Iberia Airbus A340 was forced to dump more than 100,000 litres of fuel (Jet A1) so it could make an emergency landing at Barajas Airport, creating a “kerosene trail” in its wake. This aircraft had taken off two hours before bound for Quito with 140,000 litres of fuel onboard, but it had to return due to an incident in one of its engines. Long-haul flights take off with the maximum amount of fuel, so they can reach their destination without having to refuel. The MTOW (Maximum Take-Off Weight) is, however, always considerably greater than the MLW (Maximum Landing Weight). This is why the aeroplane needed to lighten its load to land without suffering any structural damage. This is known as a “jettison operation” or “fuel dumping”.

It logically involves a safety protocol designed for this kind of emergencies, which consists of a series of strict guidelines to ensure the safety of air traffic and the population. It has to be done in previously delimited uninhabited areas and at a certain distance from other aircraft, among other conditions. Due to the immediate danger affecting all the people onboard, their safety prevails over the environmental hazards a spillage through the air of thousands of litres of kerosene could cause, creating “fuel trails” along its path. Despite not knowing what the precise environmental consequences of these fuel dumps are, we have at this point come to understand the need for giving absolute priority to the safety of human lives.

The fact that these kinds of practices exist also makes it easier to hide other in-flight dumps, since the appearance of trails behind aeroplanes already has several possible causes. A great controversy is raging on this issue today.

Royal Decree 849/1986, the Hydraulic Public Domain Regulation drawn up by the Ministry of Public Works and Urban Development, was enacted in 1986. It governs the practices used to artificially modify the atmospheric phase of the water cycle; in other words, the possibility and legal capacity of altering rain patterns, and thus the climate, are recognised. These aerial operations are known as “cloud seeding” and are performed by aeroplanes which leave behind another kind of trail along their path. In this case, these are chemtrails, which are composed of sulphides, iodides and other compounds that are harmful to health and the environment. These techniques have been related to the US Army’s HAARP (High Frequency Active Auroral Research Program) programme and it is known similar methods were used by them in the Second World War and the Vietnam War.

It is not easy to address this issue. However, it is clear according to official agencies that geoengineering practices are being used to manage solar radiation and reduce carbon dioxide levels to offset climate change, among other aims. The debate arises when the complexity of natural systems and the serious collateral damages that may be caused by the deliberate manipulation of nature are ignored. Several allegations against the performance of these kinds of operations affirm they are much more hazardous, detrimental and even hidden than they seem, accusing these practices of precisely being the cause of climate change, droughts, pollution and that they are based on other more “reserved” interests.

Today we hold full responsibility for these practices and have the knowledge, technology and sufficient resources to study and analyse our commitment to the planet’s nature, as well as to reformulate debatable 30-year-old laws with a view to truly improving the environment and our own quality of life, or at least not deteriorating it any further.