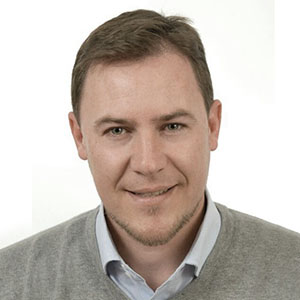 The rapid advance of the inclusion of new technologies and communication networks in aircraft has made the role of LCD screens in aircraft seats – once a sign of progress – obsolete.

Having some form of entertainment on long term flights has always been considered almost essential. Therefore, in order to make flights more bearable, screens were installed in the seats of the largest or high-end aircraft so passengers could enjoy movies, TV series or access to multimedia information about the flight or the aircraft. But the limits of audio-visual reproduction and copyright, together with the great increase in personal devices that allow each person to do as they wish – whether for pleasure or work – mean these screens are used less all the time. The quantity of personal digital media available in the hands of users is growing all the time. Their growing use is justified because they make it possible keep working during short wait times before and after flights, to send an e-mail, work on a presentation, finish writing a report or solve a problem.

Given the state of technology, it is reasonable to expect that in a very short time personal connectivity services in flight will be almost as broad as if we were on the ground.

From the point of view of manufacturers and airlines, the systems installed to support the functioning of the screens take up space. The wiring system is heavy, and the screens weigh plenty, consume energy and require maintenance. All of this translates into an expense in the manufacturing, commissioning and operation of any aircraft, leading to a situation where this kind of media has already begun to disappear.

Next, it is necessary to address the answer to other questions such as massive connectivity or the possible cause-effect relationship of interference between the devices and the aircraft.

The possible interferences have always been an argument against the use of personal technologies on board. However, in some countries their use is already permitted throughout the entire flight.

The European Union Air Safety Agency (EASA) has already changed its regulations and, since September 2014, mobiles and laptops can be used during a flight – nearly the entire trip – without activating “flight mode”. This change can be restricted by each airline and even on individual flights and by the captain’s instructions, depending on the aircraft. In any case, it is a step forward for the use of mobile devices during long flights.

In the United States, this change in connectivity has been heartily embraced. The clearest example is Gogo Inflight Internet, the first US company to offer this in-flight service. Eight Airlines are part of this network, among them giants like Delta Airlines and US Airways, which offer this option only on certain flights. American Airlines, the biggest company in the country, has launched a fleet of planes without screens and multimedia systems in seats with the idea that other personal connectivity is possible.

The functioning of the network is similar to other open networks on the ground, that charge a fee for a package. The user connects to the access point using a network card and, upon opening the browser, is directed to the pay site.

However, two companies have gone even farther: AirTran Airways and Virgin Airways. The latter has been a pioneer in Internet connection in aircraft. At the end of 2008, they already offered the first flight with a 1 mega connection speed, served via 3G infrastructure. Today this is the standard that all services offer.

This technology, however, currently works only on continental flights. Gogo owner, Aircell, has placed communication towers throughout the United States; these emit a signal to receptors in the aircraft: a GPS antenna in the upper part and two ATG in the belly, to avoid the need for satellite connections, which have much slower response times. Next, the general signal is routed again from the aircraft to each user’s WIFI device.

Internet browsing from these planes is so standardized that nearly all services are available now: everything from checking email to visiting social media sites – and even YouTube. There are, however, limitations, such as data sharing programs and streaming that have been restricted to prevent bandwidth saturation. In the end, aircraft have their own partners to deliver audio-visual content in flight.

Tablets and smartphones are here to stay, and their continuous connection to the Internet is forcing this opening of aircraft to the network. The increasing and general tendency of being connected in the terminal is abruptly interrupted upon boarding. Perhaps the biggest inconvenience during flight is the small space available to take out a laptop and start browsing, but that’s another story. Logically, it’s only a question of (very little) time before these services are available to everyone.