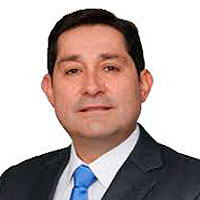 The twentieth edition of FIDAE was held between 3 and 8 April, with key figures from the aerospace, defence and security sector from around the world attending. Throughout the six days, they showcased their latest developments, transforming FIDAE into the global epicentre of technological and scientific development.

Technological innovation, modern aircraft and spectacular air shows were the highlight at FIDAE 2018.

Some of the most important statistics of FIDAE 2018, which has become Latin America’s most important business platform, include the fact that 533 companies showcased their products, 59 countries took part, with 525 professional delegations and 11 official conferences, as well as more than 2,500 people attending.

The event was also attended by civil authorities from the private and governmental sector and featured the notable presentation of small and medium-sized enterprises (SMEs) from Europe via the Business Beyond Borders programme, as well as the B2B and C2C meetings.

FIDAE has again shown its capacity as a business centre and platform in all of the areas represented at the event, as well as acting as a development hub for the scientific sector. As is usually the case, FIDAE reflected the latest trends of the aerospace world, with a marked increase in civil visitors and companies.

Among the innovations of the 2018 edition, one of the highlights was a pavilion dedicated exclusively to unmanned aircraft systems (RPASs, UAVs and drones), highly valued in the civil and defence area. The B-52 bomber and the Airbus A400M were also exhibited, as well as the static exhibition of the American combat aircraft, the F-35 Lightning II, which is the most modern in the world. The F-16 and F-5 from the Chilean Air Force were also present, as well as the F-22 Raptor from the U.S. Air Force, which was presented at FIDAE for the third time. Meanwhile in the civil area, one of the highlights was the presence of the modern A350-900, at the heart of the A350 XWB family from Airbus.

In terms of the air show, those who took part included the renowned American acrobatic pilot “Skip” Stewart, the “Halcones”, the Hawks High Acrobatics Squad from the Chilean Air Force, the “Esquadrilha da Fumaça” from Brazil and the “Team RV” Chilean Acrobatics Squad. From the parachute groups, the Blue Beret Squadron from the Chilean Air Force and Wings of Blue from the U.S. Air Force took part, showing the dexterity of their manoeuvres.