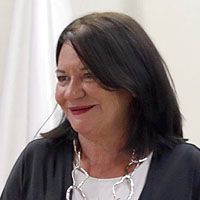 A constant fascination with the sky

If there is one human desire that dates back to the very beginning of civilization, beyond that of immortality, it is undoubtedly the possibility of flying.

There is no need to refer to the myth of Icarus, or to Da Vinci’s flying machines: since time immemorial humans have been fascinated by the possibility of moving from point A to point B through the air.

The media interest in the world of aviation and space has been constant.

Since the tumultuous period of the early 20th century, which was prolific in technological advances, including aviation advances, the subject has aroused great interest in the emerging area of communication. With no radio, television, cinema, and much less the Internet and the revolution that the Network of Networks brought to the mass media, newspapers were the only platform that made all these technological advances available to the population. And aviation was one of these advances.

Since the first flights of the Wright brothers in 1903, and passing through the space race that would begin towards the end of the 1950s, and the democratisation of air travel at the end of the last century with the arrival of low-cost flights, the media interest in the world of aviation and space has been constant.

This has been the case in the Western world since humanity took its first steps towards conquering the sky.

Nowadays, information on aerospace news has a specific space within the main economic daily newspapers of the world, such as the FT and WSJ, to cite just two world leaders, and in almost all world-leading newspapers.

In Spain, however, there has been a declining interest in the activity and the industry that surrounds it. In the 1990s and early 2000s, the media, both generalists as well as economic specialists, had journalists specialised in this type of information. However, after the terrible crisis in the sector since 2009, we are experiencing a regression.

Information about the aerospace industry became residual, while the media presence of airlines began to rise. Spain is a tourism powerhouse, and nowadays this activity cannot be made sense of without air transport, with the consequences this has for the national economy and, therefore, information.

Thus, while on any given day we can find news about some airline or other, in Spain it is much more exceptional to find information about day-to-day news in the aerospace industry, unless we are looking at specialised media such as Fly News. This, once again, places us at a certain distance from our European neighbours, where day-to-day aerospace news always has a place in the major economic and generalist publications of the European written press.

The emergence of the Internet and social networks has introduced another element that could be considered disruptive in terms of the elements that underpin quality information, where immediacy has replaced the quality and reliability of information, as has happened in other sectors.

Here is an exercise to demonstrate this fascination with aviation: enter the word A380 into your browser and select news: 43,500,000 results in 0.45 seconds, in Spanish alone…