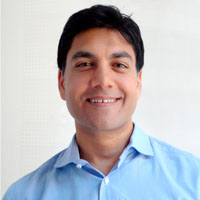 The last decade or so has been a transformational period for Indian aviation. When CAPA opened the doors of its consulting and research practice in New Delhi in 2003, the total traffic handled by India’s airports was just over 40 million. In the financial year just completed to 31-Mar-2015, this had increased almost five-fold to 190 million passengers. That is a phenomenal increase for any system to bear, let alone one that had been starved of investment for so long.

The long term fundamentals of the aviation sector are very strong.

Aside from this increased scale, the structure of the industry has also changed dramatically. From four Indian carriers in 2003, all operating full service models, there are now nine airlines, and LCCs have a domestic market share of 65%. Three leading global carriers, AirAsia, Etihad and Singapore Airlines, have demonstrated their confidence in India’s long term potential by investing in Indian airlines.

And whilst in 2003 a government committee had declared that India’s airports were “for the most part an embarrassment”, fast forward to last year and Delhi, Mumbai and Hyderabad airports all ranked in the top five of the Airport Council International’s Airport Service Quality awards in their respective size categories. Five foreign airport operators, Airports Company of South Africa, Changi, Fraport, Malaysia Airports and Zurich Airport, now have stakes in Indian airports, and more airports are set to be privatised.

Passengers have much to cheer about with low fares and a good product on the ground and in the air. But for industry operators the last few years have been very challenging. A combination of high taxes, a weak regulatory framework, high fuel prices and over-capacity have delivered huge losses across virtually the entire aviation value chain.

However, at CAPA we remain optimistic about the sector. The long term fundamentals are very strong, with the number of airline seats per capita in India being low, even relative to other emerging markets, pointing to strong upside potential.

India’s economy is showing signs of accelerating with GDP growth of 7.5% expected this year, and the prospect that this could rise further on a sustainable basis.

The current government was elected last year with the first parliamentary majority by a single party in 30 years and on a pro-growth and pro-development agenda. Although we are yet to see any meaningful impact on the aviation sector during this first year, if this government keeps its promise to deliver an enabling operating environment, the positive impact on the sector could be massive.