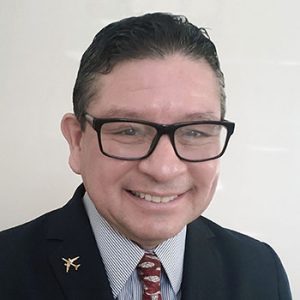 Industry clusters arrived with a bang in Mexico in early 2010, as a way of successfully identifying the most dynamic, productive and economically valuable sectors. The aerospace industry was no exception.  Michael Porter discussed this phenomenon back in the late 1980s in his book “The Competitive Advantage of Nations”, clearly describing an ecosystem that allowed all its stakeholders to be scaled and strengthened, entailing transformative changes to its participants, and supported by the triple helix (government, academia and industry). Experiencing it is enough to be certain that this economic model works.

With more than five decades of experience and a well-earned strength and reputation, Baja California continues to be the benchmark for the aerospace industry in Mexico.

These economic dynamics are generally born out of market forces and conditions, finding a favourable environment for their success. This process began in Baja California for the aerospace industry in 1966, a result of its proximity to one of the most prosperous economies in the world: the state of California in the United States. The city of San Diego and the entire western corridor that runs north to Seattle, Washington is one of the world’s most important regions for the aerospace industry. And Baja California is part of this area.

With more than five decades of experience and a well-earned strength and reputation, Baja California continues to be the benchmark for the aerospace industry in Mexico, with more than 200 associated companies, educational institutions and research centres, which collaboratively converge into six business segments:

In 2019, in the state of Baja California this industry alone exported more than 2.5 billion dollars, and generated more than 37,000 direct jobs.

The Baja California Aerospace Cluster, which is already registered as a Civil Association, and with alliances, projects and initiatives with the United States, Russia, France, Colombia, Brazil and other regions in Mexico, proactively supports the development of suppliers to further strengthen the industry already established in the region, and to develop, together with different educational institutions, the talent that the industry needs to successfully participate in projects of greater complexity and value for the benefit of our community.

Why would it be worthwhile to visit and get to know Baja California? Because it is the crown jewel that best represents every facet of what is done so well, and with so much pride, in Mexico. It is the most northerly corner of our country, made truly unique by the convergence of diverse people with a wide variety of talents.