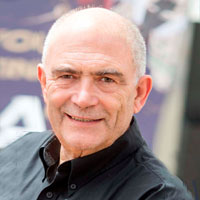 The Middle East has been one shining light in the global aviation market over the past ten years and this success story will continue.

The dramatic reduction in the world’s oil prices has seen many airlines swing from steep losses to modest profits. This has also led to claims that the Middle East’s dramatic rise to aviation supremacy will falter as reduced oil revenues will lead to a reduction in investment.

Early indicators are that this is unlikely. Although major economies in the Middle East, including Saudi Arabia and the UAE, have experienced slowdowns in non-oil sectors, growth rates remain robust.

The broader success in the Middle East, North Africa and Turkey regions is an unfinished story.

August demand jumped 13.7% year-on-year, the strongest growth of any region in the world.

The industrial and economic growth in the developing markets such as China, Asia, Africa and Latin America has caused a change in the world’s economic centre of gravity. With more south to south business, Middle East–based carriers such as Emirates, Etihad Airways, and Qatar Airways are taking a large slice of the formerly profitable Europe–Asia traffic from those continents’ legacy airlines.

The Middle East carriers are highly dependent on connecting traffic, because their home markets are limited by the smaller population of their region. Yet their unique geographic positioning — most of the world’s population is within eight hours’ flying time — means they are able to capture a disproportionate share of long-haul market growth.

This threat to the old guard has not gone unnoticed. Three of the world’s biggest airlines, US carriers American Airlines, Delta and United Airlines, have run to their government claiming unfair practices and unlawful state subsidies and demanding the privileges of Open Skies agreements be removed from the Gulf carriers.

The Gulf carriers have produced robust defences against the claims and demonstrated their only ‘crime’ is to have been successful.

The Gulf carriers have invested heavily in new, fuel efficient aircraft. They have invested in the latest technology and in-flight entertainment. And the results are literally paying dividends to their government shareholders.

According to IATA, Middle Eastern airlines are expected to post a collective $1.8 billion net return for 2015 for an average net margin of 3.1% ($9.61/passenger). The region’s carriers are expected to see a 12.9% growth in passenger numbers this year, the only region with a double-digit expansion.

But there is more in store. The Middle East and North Africa regions have been plagued by conflict. After the fall of Muammar Gadhafi in Libya, airline passenger numbers grew by more than 40%. They have fallen again with the current unrest. Lebanon, Syria, Iraq, Egypt have all seen similar market changes.

One of the biggest potential growth sectors in the Middle East is Iran. Iran is one of the 20 largest economies in the world with a young and highly educated population of close to 80 million people enjoying what is amongst the highest living standards in the region. This is a market with immense potential and huge pent-up demand for aircraft, equipment, technology, skills and capital, as well as airport and airspace infrastructure, as and when restrictions are removed.

But the biggest challenge to the Gulf supremacy comes from the northern end of the region – Turkey.

Istanbul is currently building a new airport, set to open its first phase in 2017. With $35bn investment, it will have six runways, 500 aircraft parking spots and the capacity to accommodate 150 million passengers.

It has not yet caught the attention of the American or European legacy carriers, but it will.

The broader success in the Middle East, North Africa and Turkey regions is an unfinished story. Its growth plans for 2030 and beyond are already being laid out. As Oscar Wilde might have said, the reports of its demise have been greatly exaggerated. This market is here to stay.

Alan Peaford is a five-time winner of an Aerospace Journalist of the Year award and was presented with a Lifetime Achievement award in 2014. He is Editor-in-Chief of Arabian Aerospace, African Aerospace and is a consultant editor to Flightglobal’s Flight Daily News. He is chairman of Aerocomm, a London-based aviation consultancy, and a regular broadcaster with BBC and Al Jazeera on aviation issues.