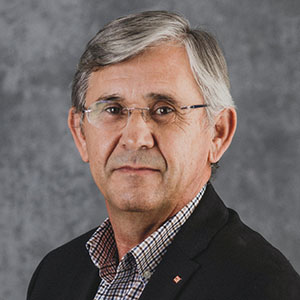 If we look at the calendar, March 25, 2020, nothing indicates that today might be a special day.

However, a group of airport employs gathers on the terrace at Terminal T3. Others do the same on the aircraft apron, and also at the doors of the fire station.

Beyond the fence around the perimeter dozens of people are scanning the horizon from Churriana or San Julián.

Our sky is still as blue as yesterday, but once more, its ethereal nature has been the scene of new 21st century adventurers, which like a century ago, are those who, dreaming of the sky, carried on their wings the development of the society they serve.

They are all familiar with the coming and going of airplanes, more than 120,000 used the Málaga airport in 2019. Although, during this unique year, the airport runways look much emptier, even desolate.

On the spectators’ mobiles a yellow line traces the path of the aircraft they are waiting for.

True to the indications of digital technology, little by little, a tiny dot appears on the horizon of Málaga’s blue, spring sky.

Dozens of gazes are fixed upon it.

After a few minutes wait, the gigantic Airbus 380 crosses the airport sky for the first time. It sports the colours of the European manufacturer Airbus, and its license plate is a genuine onomatopoeia of the surprise it creates in those who admire it from the ground, F-WWOW.

Two hundred years and eighteen days earlier, a dozen people from Málaga also scrutinized the sky waiting to see before their eyes the strange apparatus coming from Alicante that had announced its arrival by telegram a few hours before.

Likewise, a small dot above Gibraltar announced its arrival, and a few minutes later they were perplexed when a Salmson 2.A.2. biplane landed on the El Rompedizo wasteland.

On both occasions the planes arrive from Toulouse.

On both occasions they flew the nearly 1,000 kilometres that separate both cities, guided by the Mediterranean’s warm coastline.

On both occasions the trip is the result of the excitement and efforts of a group of international air transport dreamers.

The Airbus that flies over Málaga airport now is 10 times longer than the Salmson was. Its wingspan is eight times greater, and it is capable of transporting by air 430 times the weight of the original biplane.

We have gone from the two occupants of the first plane to the 850 that can travel on the second.

However, even though Airbus and Salmson could seem to us as if they belonged to two different realities, both had the same essence.

Rarely has technology been more at the service of society than in air transport. Seldom is the human race more united than when seen from the sky.

At 33,000 feet, from the window of our modern jets, there are no borders, and we all seem much more equal.

The arrival of the A380 has revealed the great transformation of aeronautical technology in barely a century of existence, the development of which continues to mark one of the frontiers of human knowledge.

These days, a spinning-winged device will soar through the skies of Mars.

And the route is already set: just a few metres at a few centimetres above the Martian soil.

Not much more than the flight carried out on Earth by the Wright brothers back on December 17, 1903.

But our story is much closer today.

After various passes on runway 13/31 to calibrate the new satellite system that supports 21st century air navigation, the giant A-380 swayed its wings slightly, greeting all those who admired its flight from the ground, and from Málaga headed back to Toulouse, cities that are once again linked by the magical and invisible contrail of air transport.

Today our sky is still as blue as yesterday, but once more, its ethereal nature has been the scene of new 21st century adventurers, which like a century ago, are those who, dreaming of the sky, carried on their wings the development of the society they serve.