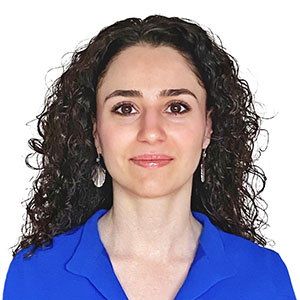 The distribution of propulsion is one of the main options within the configurations that will electrify propulsion systems to yield quieter, more efficient and sustainable aircraft. In this case, we are talking about Distributed Electric Propulsion (DEP) as one of the key architectures for a More Electric Aircraft (MEA) and the emerging urban air transport market.

The distributed electrical propulsion concept is part of distributed general propulsion, where the thrust is produced by a series of propulsion elements located along the aircraft. However, in this article, and in keeping with industry targets, a distributed propulsion system should be part of the improvements in the overall efficiency of aircraft, their capabilities and performance, and not be limited to just any aircraft with more than one propulsion element.

The aviation industry is currently working in two main areas of development: fully electric propulsion and hybrid propulsion. Each one seems to have a specific market segment assigned to it.

Another related advantage that has proven essential to the electrification of propulsion concerns this reduced need for propulsion. As a result, today’s batteries, the technology of which is insufficient to supply the electrical needs of current designs with the required mission characteristics, are able to fully or partially power small aircraft: regional aircraft with fewer than 10 passengers and city and intercity transport of passengers and cargo.

The second major advantage of distributing propulsion elements at different points is that it opens up a new range of design possibilities, with potential configurations ranging from the 6 motors in the wing of the EcoPulse, designed by the Airbus, Daher and Safran consortium, to the 20 propellers proposed in the German Lilium Jet design. This design flexibility enables many configurations to be explored, in addition to different propulsion strategies throughout the mission, paving the way for operations with a higher degree of optimisation and fewer design compromises, thus contributing to the improved efficiency of these aircraft.

Currently, the industry is studying two main power plant systems: fully electric propulsion and hybrid propulsion, where part of the power is supplied by the all-too-familiar combustion process. The choice between one power plant and the other will be determined by the needs of the mission for which the aircraft is designed, since a 50-passenger aircraft is unable to fly exclusively with today’s battery technology, although the market is convinced that, in about 10 years, these aircraft will be a reality.

The revolution in aviation will be driven by fully electric power plants, which should be viable by the end of the decade for the city, intercity and regional transport market with fewer than 20 passengers. The first two cases, the city and intercity markets, rely on propulsion distribution for, among others, safety reasons, with the redundancy of the different systems playing a key role from the point of view of certification.

In the case of the regional market, the use of fully electric propulsion is possible, as demonstrated by the proposal from Rolls-Royce, Tecnam and the Norwegian regional airline Widerøe, which are hoping to start operations in 2026 with the P-Volt, a major step towards the ambitious Norwegian goal of having all domestic flights be emissions-free by 2040. However, part of the market is focusing its efforts on hybrid propulsion. Such is the case of Airbus, Daher and Safran, who are developing the EcoPulse hybrid-electric system, with a gas turbine in the nose of the aeroplane to generate the electricity required by the six electric motors distributed along the wing and, at the same time, power the propeller at the nose of the aircraft. This demonstrator will be used to establish the technology and to open the way to larger designs.

As for the eVTOL (electrical Vertical Take-off and Landing) market, it will present hybrid-electric and fully electric designs to society in the coming years, as it gains the confidence and support needed to apply this technology to larger aircraft. We will see highly variable configurations: from vehicles with wings and rotors, to only rotors, with propellers and fixed and tilt wings, different motors intended for different phases of flight, etc.

All these options, in both the regional and eVTOL markets, rely on the flexibility, redundancy and efficiency offered by distributed electrical propulsion to offer the market various models intended for both passenger and cargo transport, ambulances, logistics missions, rescue, parcel delivery, etc. The opportunities offered by distributed propulsion to take this first step towards sustainable aviation are undeniable, and very soon, they will be a reality.