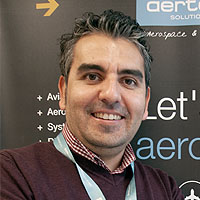 We have probably all wondered how pilots maintain their level of alertness in the cockpit after three, six or even more hours of flight.

People, unlike machines, lack an unlimited ability to maintain levels of concentration and alertness after a period of repetitive activity. For a pilot, this could involve checking speed, altitude, course, and even communicating with ATC. At a certain point, we stop being effective for functional reasons and our level of attention declines.

On long flights, there are several rules and recommendations that aim to allow the crew to rest, while also ensuring the aircraft always remains well looked after.

Air operators have therefore developed a mechanism to delegate flight activity to a single pilot, allowing the other pilot to switch off in a controlled manner, by means of controlled cockpit rest or Flight Crew In-Seat Rest. During this process, pilots can enjoy short periods of sleep (naps) or have time to read or disconnect from piloting, while being relieved of their operational duties.

“Controlled rest” procedures apply when the duty crew consists of two pilots in an aircraft in flight. However, these procedures cannot always be applied, since it depends, among many other factors, on the type of operation (commercial, executive, military, etc.), whether it is a long- or short-haul flight, the kind of aircraft, the flight conditions, whether the operator has approved the procedure and, finally, the approval of the pilot who remains in command!

In long-haul flights, the rest shifts for these larger crews (3 or 4 pilots) are perfectly scheduled. However, nowadays it is extremely common to have two-pilot operations on flights of between three and seven hours. This is therefore a good measure to mitigate the effects of decreased alertness in the cockpit.

Controlled in-flight rest allows crew members to rest and disconnect from the operation in a controlled manner, through procedures defined by the operators or airlines. Not all airlines have these procedures in place, and they are not required to do so, but the aviation authorities recommend their implementation because of the benefits they bring to both technical crew members and the operation itself, since pilots feel “fresher” at the more critical stages, such as during the approach and landing.

How do you implement controlled rest in the cockpit?

When cockpit in-seat rest is approved as “controlled rest”, airline operations manuals must contain procedures for its implementation.

If such guidance does not exist and there is no explicit prohibition of the practice, the following practical considerations may be taken into account when planning and implementing the rest to help maximise the benefit and minimise the risk.

They are based on the procedures developed by ICAO/IFALP/IATA, which are published as Appendix B to ICAO Doc 9966 “Fatigue Risk Management Systems Manual for Regulators.”

What should a pilot be aware of when considering a cockpit nap?

Many airlines provide cabin crew members with useful accessories for rest, such as earplugs, sleep masks and neck/head supports.

Details in the advice provided by regulators or operators regarding in-seat rest vary, but it is generally recommended that the maximum sleep period should be between 30 and 40 minutes.

In addition, many operators suggest that, when planning in-seat rest, the total “no-duty” period (within which in-seat napping will occur) should be up to twice as long as the actual nap time.

This allows an initial period of 5-10 minutes to prepare for sleep and a period of at least 20-25 minutes to recover. It should be noted that the effects of sleep inertia vary for each person; many will feel fully recovered in less time.

Finally, controlled rest periods should end at least 30 minutes before the start of the descent to the destination airport.

Among the reference standards, ICAO Doc 9966 (Appendix B) should be highlighted, along with EASA’s guidance material GM1 CAT.OP.MPA.210 – Mitigating Measures – Controlled Rest. In addition, Appendix C of the IFALPA/ICAO/IATA “FRMS Implementation Guide for Operators” reiterates the main points to be taken into account by crews.

In conclusion, when we travel on a long flight, we can be confident that the crew will be rested, and the aircraft well looked after at all times. Have a good trip.