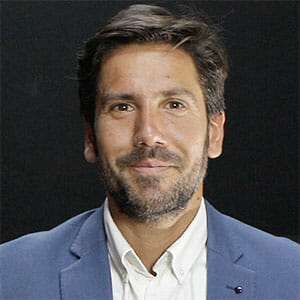 Few of the people reading this post will have likely heard about the Collier Trophy. I myself was unaware of this award until a few weeks ago, when I started reading the book “The McDonnell Douglas Story”. In the first few pages, there is a photograph, in black and white of course, of Donald Wills Douglas receiving, in 1936 from President Roosevelt, the Robert J. Collier Trophy for the previous year for the design of the DC-2. The DC-2 (Douglas Commercial) was a longer version of the DC-1, and could carry fourteen passengers in two rows of seven seats. Its first customer was Trans World Airlines, with an order for 25 aircraft, and it already included a central television, like the one that many buses have today, to show films.

To look back at the winners and innovations associated with this award is to delve into the living history of aeronautics and astronautics.

The Collier Trophy, on permanent exhibit at the National Air and Space Museum, has been awarded annually since 1910 by the National Aeronautic Association, an organisation founded in 1905 that is the oldest aviation club in the USA. This award is presented for the greatest achievement in the United States in the fields of aeronautics or astronautics, with respect to improving the performance, efficiency, and safety of air or space vehicles, the value of which has been thoroughly demonstrated by actual use during the preceding year.

But, what were the most outstanding innovations to have received this trophy?

Some of the innovations that have received the Collier Trophy include:

The development and commissioning of aircraft such as the Boeing 747 passenger aircraft, the F/A-18 fighter, the AH-64 Apache attack helicopter, and the V-22 Osprey tiltrotor aircraft have also been recognised with the Collier Trophy.

A look back at the recipients of this award reveals the greatest entrepreneurs in the aerospace industry. Mr Douglas founded the Douglas Aircraft Company in 1920 with financial backing from an aviation enthusiast billionaire, and years later, in 1967, he would join forces with another entrepreneur, James Smith McDonnell, Jr. to create the McDonnell Douglas Corporation. Mr Mac, who also won the Collier Trophy in 1965 for the development of the Gemini spacecraft and the Phantom II fighter, received the award on this occasion from President Lyndon Johnson.

Not all aviation fans will have heard of the Collier Trophy, but I am sure that almost everyone has heard of the aircraft manufacturer McDonnell Douglas, which would become part of Boeing in 1997.  Among many other aircraft, McDonnell Douglas designed and manufactured the F-18 Hornet, the star of the film Top Gun: Maverick, and which has been in use by the Spanish Air Force since 1986, where it is designated as the C-15 fighter.

To look back at the winners of this award is to delve into the living history of aeronautics and astronautics. Names such as Glenn H. Curtiss, the first winner, or Orville Wright, one of the two brothers who made the first powered flight, and entrepreneurs like Douglas and McDonnell, founders of Curtiss Aeroplane and the Wright Aeronautical Corporation, which merged in 1929 to form what is now Curtiss-Wright.

Glenn L. Martin, founder of the Martin Company in 1912, for which Mr Douglas worked, won the award in 1932 for the development of the XB-10, a high-speed cargo aircraft. The current Lockheed Martin is the result of Lockheed’s merger in 1995 with Martin Marietta Corporation, which is in turn the result of the Martin Company’s merger with American-Marietta Corporation in 1961.

The latest winner was NASA’s Jet Propulsion Laboratory for the first flight of the robotic helicopter Ingenuity – which is part of the Mars 2020 mission – on planet Mars.

Publicly recognising excellence and achievements in technological exploration and innovation is an important incentive for those who contribute to the continued improvement and growth of society and the world through technological development.