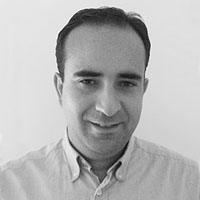 The future of mobile devices is, without a doubt, about having long-lasting batteries. In fact, Apple, Samsung and Google are investing in developing innovative batteries for their different devices. Even Tesla Motor, leading company in electric vehicles, is developing new batteries to make its models more efficient, and that is why Apple has recently set its eyes on Tesla… Buying them to get hold of their battery-related patents.

Both energy and technology will go hand in hand during the next few years.

In addition, and in terms of energy, it is worth mentioning the news of the year (or even more if it is carried out as expected): the aerospace giant Lockeed Martin has announced that they may have cold fusion ready in less than a year.

Cold fusion is the generic name given to any fusion nuclear reaction produced at temperatures and pressures similar to ordinary environmental conditions, well below those usually needed to produce thermonuclear reactions (millions of Celsius degrees), using relatively low-cost equipment and reduced electric consumption to produce it.

Generally, the name “cold fusion” is associated with the explanations proposed for a series of experimental results obtained in late eighties related to electrolytic cells, initially reported by electrochemists Martin Fleischmann and Stanley Pons.

The film industry has already dealt with the subject years ago in films like “The Saint”, “Chain reaction”, “Ironman” or “Spiderman 2″”. The leap from science fiction to reality seems to be imminent.

This would be like finding the Holy Grail of energy, since we would be talking about producing energy cheaply, unlimitedly and almost without residues.

What excites us the most about this announcement is that Lockheed is an aerospace giant with huge amounts of money for research, great scientists, engineers and analysts. This project may reach a satisfactory conclusion which, without a doubt, would change the world.

And they would do it in new plants whose space would only occupy a truck’s trailer and which would have the capacity to supply all the energy needed for a city of  80,000 inhabitants.

Many other companies, even several Spanish companies, have been trying cold fusion for years, obtaining more or less favourable results, but really far from the announcement Lockheed Martin just made.

It is clear that, be it for the cold fusion or because new devices need more durable batteries, the future of energy and technology will go hand in hand during the next few years. Most of the international market’s parameters, especially those of the aerospace sector, are going to change the trend, some increasing and others decreasing.

The world’s population is on the verge of exceeding 7.3 billion, inhabitants that are increasingly more interconnected to their mobile devices and who depend energetically on their conventional sources. If we want to get to the end of the XXIst century with the 11 billion inhabitants predicted by the UN, there is only one way to make our planet sustainable: forget about paper and have efficient and cheep energy available.

In the future, only four o five big groups of companies will provide Internet and energy to all the homes in the world. The business is changing and the next 5 or 10 years will be exciting due to the changes we are going to observe in traditional business models.