For some years now, we have been hearing the term “biometric” used to define new techniques and procedures which are usually related to security. But what does “biometrics” really mean? Well, it has to do with something as stimulating as the identification, measurement, calculation and automated verification of unique biological indicators to identify people.

Said indicators are the ones that can unmistakably identify a person. They should meet the following requirements:

More than a hundred airports throughout the world are currently implementing technologies aimed at the biometric recognition of personnel and passengers.

Some examples of biometric indicators could include: the face, fingerprints, hand geometry, the iris, retina patterns, etc. Given the variability of some of them, however, it is advisable to use two or more indicators for certain applications, especially those connected with security.

As a matter of fact, biometrics has been present in our daily lives for many years now. The use of the fingerprints in identity documents is an example of this. Nonetheless, current advances are based on the automation of verification tasks of an individual’s identity.

In the airport context, biometric techniques to identify people have also been playing a somewhat leading role since the beginning of the century. Lately, however, a significant acceleration in their use has been detected, mainly due to two factors: greater security demands and significant progress in the efficacy of recognition systems. 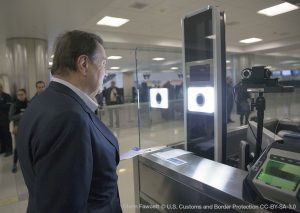 Many airports have recently opted for facial recognition. It consists of automatically identifying people through an analysis of their facial features extracted from digital images or video photograms. Recognition is based on comparing this data with the data available in huge databases. However arduous this may seem, the process is completed in just a few tenths of a second.

Apart from the benefits this system provides to support the facilities’ security, some airports are viewing it as a very attractive way to speed up passenger flows through their facilities and thus clear up bottlenecks.

As a result of the world’s geopolitical situation and the new security requirements authorities around the world have imposed on themselves, the carrying out of more thorough, detailed and slower controls has to be added to a generalised increase in passenger numbers (close to congesting many airports in the world). Speeding up passenger movements has become a priority obsession as important as security itself.

Airports, airlines and the authorities are well aware of the fact that they have to implement systems that are quick, reliable and easy to use and which simultaneously allow the passenger experience to be improved in order to avoid the reversal of air transport growth.

Some current examples of this include:

Australian airports have decided to take the lead by replacing passports with biometric controls across the country. In this case, fingerprint, iris and facial recognition will be used. This system is expected to cover 90% of passengers by 2020.

Schiphol Airport (AMS) in Amsterdam and the airline KLM have begun testing a biometric boarding system in which passengers will not have to show either a boarding pass or passport thanks to passing through a special gate where they are facially recognised. 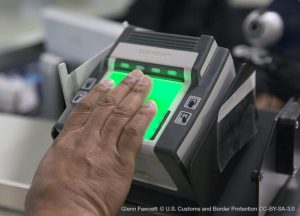 Charles de Gaulle Airport (CDG) in Paris has started to expand its biometric recognition system. It was first used in 2010 and scans passengers’ biometric passports and fingerprints. They aim to cover 20% of the passengers who use the airport every day.

Initiatives geared at biometric passenger controls were implemented at some Spanish airports like Madrid (MAD), Barcelona (BCN) and Malaga (AGP) in 2010. The verification consists of checking information on electronic identity cards, fingerprints and facial recognition. This system has been in the process of being extended to other Spanish airports since 2015.

Passenger control systems based on fingerprints, facial recognition and reading digital passports have been functioning at Silvio Pettirossi Airport (ASU) and Guarani Airport (AGT) in Paraguay since last year.

Jorge Chávez Airport (LIM) in Lima implemented several biometric gates connected to databases belonging to various national and international law enforcement agencies in 2016. These gates take the passengers’ fingerprints and an image of their face to ensure the rapid passage of people holding an electronic passport.

More than ten international airports in Brazil have implemented identification systems based on automated facial recognition through photos, CCTV images, videos and webcams.

The United States is of course one of the countries where the biometric revolution has reached its greatest extent. The most noteworthy example in this case is the widespread implementation of the use of biometric passports, the holders of which are witnesses of the great advantages provided by having this kind of travel documents.

More than a hundred airports throughout the world are currently implementing technologies aimed at the biometric recognition of personnel and passengers. These are not just one-off initiatives or technology assessments, but rather real solutions to two problems which coincide at a large number of the world’s airports: growing passenger demands and ever more stringent security requirements.