BelugaXL, an aircraft that has grown along with the industry

In the summer of 2018, we will be able to witness the first flight of Airbus’s new cargo aircraft, the BelugaXL. Its predecessor, currently in service, is already one of the most impressive aircraft around, but the growth of the aeronautical company Airbus, along with its need to make its aircraft manufacturing processes more efficient, has required the company to acquire a new super-transporter.

This next-generation super-transporter is an upgrade to one of the largest aircraft currently in service.

The geographical spread of the locations in which the different components of Airbus’s aircraft are manufactured means that a great deal of transport logistics is required in order to move parts to and from the FAL (Final Assembly Line) and pre-FAL, involving transportation on roads, boats, trains and planes. This necessarily has an impact on the final cost of each aircraft. Optimising the relocation of parts (especially large ones) is therefore a business strategy. 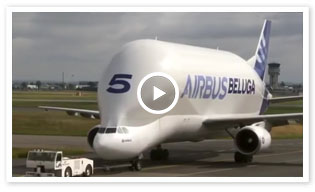 That is why in 2014 Airbus started thinking about replacing its current fleet of BelugaST, which are based on the A300 model, with newer and bigger aircraft based on the structure of the A330: the BelugaXL.

The current fleet of BelugaST consists of five units, four of which are used almost exclusively for Airbus’s internal demands, with the last one transporting large-scale parts for third parties. The fleet of new BelugaXL will also consist of five units, which will gradually replace the old ones.

And this will soon become a reality. The first structurally complete fuselage for the new BelugaXL came out of the assembly hanger in Toulouse (France) in early 2018. Its first flight is due to take place this summer. Once operational, the fleet of these next-generation aircraft will be used to transport whole sections of Airbus aircraft between the company’s European production centres and its final assembly lines in France, Germany and Spain. 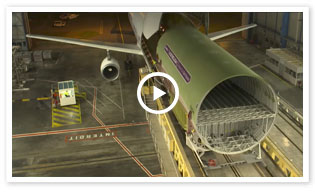 And while the first structurally complete BelugaXL is going through its test phase, the second A330-200 to be turned into a BelugaXL has already arrived in Toulouse, in order to begin an integration process that is estimated to take around two months less than the first.

After it leaves the FAL, the BelugaXL requires almost 1,000 hours of testing for its certification campaign. Rolls Royce Trent 700 Turbofan engines – each with a thrust of 316 kN – were installed in March, which will be followed by landing gear and flight control tests.

Almost six metres longer, one metre wider, and with a useful load capacity around six tonnes greater than its predecessor, the new BelugaXL will be able to carry both wings of the A350 XWB aircraft at the same time, instead of the single wing that can currently be transported.