Ballooning – a pioneer of aeronautics 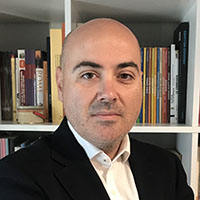 From the dawn of humanity, we have always longed to be able to fly, a fact demonstrated by the myths and legends that have arisen in all civilisations. When we think of the first humans to fly, the pioneering Wright brothers usually come to mind. However, they were not the first people to fly; nor was the aeroplane the first invention that allowed humans to ascend and move through the sky. That honour actually belongs to the hot air balloon.

The first balloon that rose to the skies was that of Joseph-Michel and Jacques-Etienne Montgolfier (curiously, they were also two brothers) on 5th June 1783. This happened in the French city of Annonay, and the balloon managed to ascend to a height of 2,000 metres, and remained in the air for a long time. However, it was not until 15th October 1783 that a human was carried into the sky in one of these new inventions, in a tethered balloon that ascended around 80 feet. The daring pioneer in this case was Jean-François Pilâtre de Rozier. Subsequently, on 21st November of that same year, and accompanied by François Laurent, Marquis d’Arlandes, he made the first free balloon flight over Paris and its surroundings, covering a distance of 10 kilometres, at an altitude of around 1,000 metres.

Wright brothers were not the first people to fly; nor was the aeroplane the first invention that allowed humans to ascend and move through the sky. That honour actually belongs to the hot air balloon.

The American continent was no stranger to this development, and it is worth mentioning that in Xalapa, Veracruz (Mexico) in 1784, José María Alfaro managed to raise a hot air balloon, with a weatherproof cover, for the first time in America. Over the following years, he carried out more flights. Almost at the same time, on 20th January 1785, Venezuela witnessed its first flight.

Once that longing to fly was satisfied, our next thought was to apply these new inventions to war, as if so often the case with each new advance humans have made throughout history. In the case of balloons, they were used mainly as instruments for reconnaissance and observation. The pioneers were once again the French, who began to use hot air balloons during the defence of the French Revolution against the European alliance.

The first known actions that used balloons for military purposes took place in 1793 and 1794, during the sieges of Maubeuge and Charleroi. In spite of making a still basic use of these balloons, their presence and usefulness managed to decisively affect the morale of the troops, as it exposed their positions, movements and deployments. From then on, their use was extended and perfected by other countries, including Spain, Italy and the United Kingdom.

From 1870, the European powers began to create military ballooning corps. At this point, the use of balloons in an organised and militarised way left countries that did not have them at a great disadvantage.

Spain, who was a major power at the time, was also at the forefront in terms of hot air balloons. Spanish military aeronautics was created in 1884, at least in theory, as it was not until June 1885 that the Telegraph Battalion of the Army Corps of Engineers acquired their first balloon, in order to analyse its applications in the military sphere. Over the following years, and mainly at the start of the 20th century, the use of balloons for military purposes was enhanced and developed in their different modalities (tethered balloons, kite balloons, sounding balloons, spherical balloons with a valve, etc.), aided by increases in budget and personnel.

An illustrative example of the use and importance of ballooning are the events that took place during the war in Cuba, between Spain and the United States. On 1st July 1898, American troops on the island, under the command of General Shafter, attacked Spanish positions along the Aguadores River. The Spanish troops, under the command of General Vara de Rey, held off the frontal assaults despite their lower numbers, aided by their greater knowledge of the area. Faced with this situation, General Shafter decided to raise a tethered balloon. This allowed lookouts to notice a road in a nearby jungle that did not appear on any of the maps, and that was free of defenders. The information was immediately transmitted through another new invention that being exploited for military purposes: the telephone. Although the balloon was quickly shot down by the infantry riflemen, the information had already been transmitted.

The American troops advanced along the newly discovered path and surrounded the Spanish position to finish off their troops thanks to their numerical advantage. The first orders for reembarking the American troops had already been given when this information turned the situation around, in a war that was far from being decided in the Americans’ favour. Later, General Adolphus W. Greely, head of the Signal Corps, would state the following about the use of the balloon and the telephone: “This action may have been a decisive factor in the taking of Loma de San Juan.”

In 1901, the Spanish army’s ballooning service was already operational and, in 1902, Commander Vives, head of the ballooning service, wrote the first instructions intended for officers in charge of directing free ascents.

On 25th October 1902, two inventions of Spanish ballooning were tested: the use of a ballast bag hanging 15 metres below the suspension circle; and the use of a statoscope, which like a variometer (or vertical speed indicator) indicated not only the direction of the vertical movement of the balloon, but also the speed of ascent or descent. This allowed a more accurate calibration of the quantity of ballast that had to be released in order to maintain the desired altitude at any given moment.

It is also worth mentioning how the launch of the first sounding balloon, on 3rd March 1903, initiated a new activity, the National Meteorological Service, which was later developed based to a great extent on hot air balloons.

The army’s ballooning company was also able to demonstrate its military utility in 1909 in the Melilla campaign, where it had important missions involving observation, topographic survey and artillery guidance, making major contributions to the land military effort. This participation of ballooning in military conflict would occur again in 1912, 1913, 1921 and 1925.

As the 20th century progressed, and as aviation developed worldwide, both technically and in terms of numbers and strength, ballooning started to gradually become outdated due to its operational limitations and lack of evolution. In Spain, it languished until completely disappearing during the Spanish Civil War of 1936, where aviation played a decisive role.

During the Second World War, a new use was found for hot air balloons, as what were termed barrier balloons. These were tethered balloons inflated with hydrogen that were distributed at different altitudes over positions or targets that were being defended. This made it impossible for enemy aircraft to carry out bombardments from a low altitude, since the bombers could collide with the steel cables tethering the balloons. Many balloons of this type were used during the Luftwaffe bombing of London and during the Normandy landing.

Finally, it should be noted that it was not until after the Second World War, in 1944, that France, a pioneer of ballooning, abolished the country’s last military ballooning units and infrastructure by converting the Balma (Toulouse) balloon station into an air force reserve.