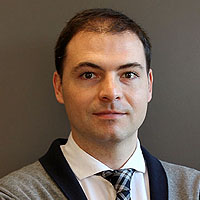 On December 15th 2013, the first direct high speed rail connection between Barcelona and Paris commenced operations. Initially, a two-way, twice-daily service has been scheduled, covering both cities in six and a half hours. Renfe (the Spanish public rail operator) forecasts one million passengers throughout 2014. However the Renfe’s optimism goes even further. According to their data, around 82 million journeys between Spain and France are made each year, 89% of which are carried out in private transport. The number of potential clients, hence, shoots up dramatically.

This news is, without doubt, troubling for the aviation sector. Obviously one must be careful when comparing, but it brings a reminder of the impact that the high speed rail connection between Madrid and Barcelona or Valencia had on the Spanish air transport sector.

The road distance between Barcelona and Paris is about 1000 kilometres, with the average journey time taking around 9 hours, not including the required stops. By plane, both cities are connected in less than 2 hours. Journeys of 1000km and upwards have always been seen the distance for which air travel had no real competition as such, not including organised groups or families of course.

However, the main advantage of train compared to plane, is the saving in what is today one of the most valuable commodities: time. This statement is well-known for those who are used to travelling and value their time. Train connects city centres, getting rid of the unpleasant trips between city and airport, and the process of check-in, security controls, embarking, disembarking, and baggage claim.

In a world in which, regardless of the sector, the old-fashioned principle of “renew or die” is ever relevant, a reflection jumps to mid straightaway when thinking about this situation. The air sector must react. It must look for solutions to its challenges. It must seek formulas to keep one step ahead of its competitors. It must renew and not die.

Several actions could be undertaken to improve this panorama. However, by popular demand, we should highlight the following two:

1.- Airports and airlines must work together in order to improve their efficiency, minimising the time associated to the aforementioned processes. At this point, we must point out the MoU (Memorandum of Understanding) signed recently by IATA and ACI to develop and implement the SmartS (Smart Security) project. This is specifically aimed at to improving the passenger experience by reducing the annoyances found at security check points.

2.- Airports have to look for and apply means and formulas to dramatically improve access to them from the densely populated areas located in their areas of influence. Airports such as Madrid-Barajas or London-Heathrow, served by Underground, Rail (express service in the case of the English airport) and road are good examples for other airports with similar traffic volumes.

During past years, millionaire investments increased the available capacity and modernized the infrastructures of Spanish airports for a number of years. Nowadays however they must focus on competing with high speed rail which benefits, in addition, from the large investment that governments are making in it.