AUVSI and the paradigm shift 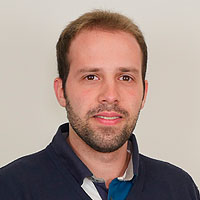 Unmanned aviation is one of mankind’s old dreams. It arose in the middle of the 19th century with hot air balloons. Nonetheless, its first, closest and most well-known milestones date back to the middle of the last century (20th century). Unmanned aircraft were basically used as targets and immediately afterwards on reconnaissance missions (the mythical Firebee). Since then, their use on reconnaissance and combat missions has not stopped growing and developing, though with some oscillations. Technologies have undergone incremental development and have speeded up greatly since the massive digitisation of all kinds of systems and control solutions and the universalisation of georeferenced navigation (GPS).

There can be no doubt we are facing a paradigm shift. Air, sea and air traffic rules are laid down according to a conceptual aim: regulating preferences.

These capabilities come from and were conceived in the military sphere and, like the Internet, have been transferred to the civil sphere through an incessant series of solutions. Unmanned navigation and UVS (Unmanned Vehicle Systems) for vehicles, aircraft and ships are a preliminary step for the wholesale automation of goods and passenger transport and a no less important result of an entirely new way of understanding and construing land, air and sea transport. These changes will affect the rules and particularly safety standards. UVS will in turn change the way we conceive airspace. Henceforth it will be necessary to objectify it more accurately by adding a mask for the different altitudes and their airways which are specific to each one of them, with their trunk lines, secondary lines and their respective capillary network.

There can be no doubt we are facing a paradigm shift. Air, sea and air traffic rules are laid down according to a conceptual aim: regulating preferences. The main aim in the future will not be to regulate preferences. Another aim will take on greater importance: regulating cooperation and administering evidence. Preferences will arise from said automated regulation. We know some safety standards, the set of land, sea and air traffic rules, and now we are confronting the imperious need of providing a response to new requirements. Escape and anti-collision manoeuvres in the current air, land and sea navigation context (it can be affirmed they are rough) have nothing to do with the ones which will have to be carried out with more skittish devices.

The key will be to overcome human error, impede it and ensure fluid traffic in all scenarios by replacing huge infrastructures, reducing pollution and diminishing foreseeable and random risks. There is a need for new devices, new rules, much greater safety and more distributed infrastructures that are more capillary, smaller and efficient and which have easily scalable traffic densities. Demand will rise exponentially in the area of new project design and management. Aerodromes, smaller ports, interchangers and intermodal (land, sea and air) and inter-node (new sites) logistics centres will sprout up like mushrooms.

Transparency will, of course, constitute the backbone of the new S3 (safety cubed) safety standard, universalised and supported by onboard technology and the corresponding consistency network. A telecommunications network which manages data has nothing to do with that other consistency network which manages data that moves objects having a mass, weight and speed. The former evolution followed demand, the latter, on the other hand, will precede it. We need this network to monitor traffic and make it possible for all members within the network to make a contribution to safety.

AUVSI (Association for Unmanned Vehicle Systems International) Spain’s main mission is to inform public opinion, group together and collaborate with business activities, play a leading role in the very rapid transformations which are already underway and will mainly take place between in the decade between 2020 and 2030 and, of course, openly and loyally collaborate with lawmakers and public administrations.

The upcoming technological change is not minor and, seeing as it deals with transport, everything seems to indicate it will have an extraordinary impact on the GDP of the countries and regions which implement it and penalise those which lag behind or are reluctant. A reactive negligent attitude will lead to isolation, which will be devastating for the populations which have to suffer it.

The changeover from analogue to digital telephony or from fax to the Internet were far less complex than migrating from analogue to digital traffic organisation. The latter change moves more weight, literally speaking. It requires more foresight and a great deal more organisation. How much time can manned and automated or robotic driving coexist? Very little. These are systems which are more opposed than we can imagine. The former system is very inefficient. How will UVS affect our lives? They will do so to a very great extent. We are on the verge of a great social transformation and everything seems to indicate it will be for the better. Zero pollution, no accidents and goodbye to traffic jams. Any time we can enjoy to calmly sit around on a terrace is time well spent we have gained from suffering stress. Modern aircraft of all sizes, new vehicles and ships and the intensive use of nighttime to ship goods will be the main protagonists. Facts.