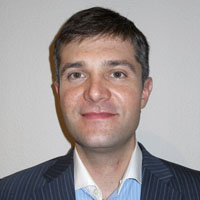 The choice of fire protection solutions in hangars tends to be one of the most difficult issues faced by owners and, thus, by the engineering firm which is in charge of designing the infrastructure. In a previous article, we discussed the specific case of hangar fire extinction systems based on the NFPA 409 standard (View post).

The choice of fire protection measures in hangars should be based on merely economic criteria by means of a detailed investment analysis.

In my opinion, this choice should be solely based on economic criteria by applying investment analysis techniques.

Given that it is taken for granted that an insurance policy will be taken out, the initial cost of the fire protection system should be appraised, along with its maintenance and operating (periodic testing) costs, against the cost of the risk premium, which should include both the building and the aircraft it houses, as well as any losses arising from not having said fire protection measures in place.

Does this mean that fire protection measures in hangars are not standardised and can therefore be chosen freely? Under no circumstances is this case. The Spanish regulatory framework sets forth some minimum requirements laid down in the Regulation on Fire Safety Protection in Industrial Facilities and also allows other internationally recognised standards to be applied, particularly the NFPA 409 standard.

What degree of freedom then is there in this choice? It is practically total, since Spanish regulations set forth general requirements for industrial facilities, without taking into account the specific peculiarities of hangars. This, along with a very low corrected and weighted fire load for buildings resulting from applying a table containing the fire load for aircraft-based activities, leads to some really low fire protection measures.

Who then is in charge of deciding which fire protection means are the most suitable? If we wish to make the choice based on strictly economic reasons, the involvement of an insurance company is essential, so it can offer risk premium appraisals based on the fire protection means which should be installed. In order to do this, insurance companies usually have their own rules, the most well known of which is FM Global.

Another aspect which seems important at first sight is the fuel content in tanks. Since fires caused by flammable liquids develop very quickly (the kind of fires against which hangars are especially protected), these liquids’ influence becomes negligible in decisions if there is only a small amount of fuel (the NFPA 409 standard defines aircraft without fuel as those with an amount of less than 0.50% of their fuel capacity).

The conclusion that can be drawn from all this is obvious. The result will vary greatly depending on the hangar’s cost, but especially on the cost of the aircraft it houses.

For example, two ratios for military transport aircraft are given below:

The fire protection system cost ratio depending on the standard applied is as follows: