An aeroplane in the cinema limelight: Boeing Stearman 75 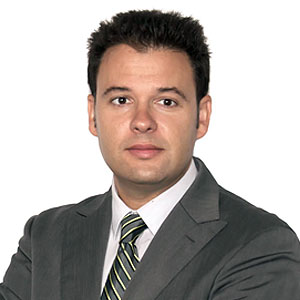 If we had to choose the most famous scene in the history of cinema, many would choose the sequence in which Cary Grant is chased by an aeroplane for almost five minutes of footage. This scene belongs to North by Northwest directed by Hitchcock. It all starts off with someone wondering why an aeroplane is dusting where there are no crops at all. From that moment on, Grant’s endless persecution begins until it finally ends with the plane crashing into a tanker lorry.

This aeroplane is none other than the Boeing Stearman 75. It was also used to attempt an assassination in another great movie, The English Patient, though unsuccessfully once more.

Despite playing an outstanding secondary role in several blockbusters, this model was not well known by the general public.

Nonetheless, beyond being a mere killing machine, this biplane made of wood and metal is considered as one of the major stalwarts of the golden age of aviation. It stood out for its great manoeuvrability, responsive controls and flight safety. This led it to becoming the perfect machine for military training, the key to the training of thousands of pilots who would acquire basic flying notions before moving on to more modern aeroplanes that were more powerful and advanced.

Along with its low production and maintenance costs, these advantages led it to holding the record for biplane sales in the history of US aviation when the Second World War broke out, with over 8,500 units.

Like Grant’s failed assassin, the Stearman 75 was mainly used for crop dusting and seeding tasks due to its outstanding capability for low-altitude flights at slow speeds once the war had finally came to an end. It was also highly versatile to carry out other activities like photography, aerial acrobatics or wing-walking, an activity which consists of doing all sorts of pirouettes and movements on the wings of a flying aeroplane that was popular at the beginning of the 20th century.

As a curiosity, it should be mentioned that this model was the first aeroplane used to land on the deck of an aircraft carrier because of its robustness and ability to take off and land within a short distance on any kind of surface.

The Stearman 75 also appears in some movies shot in this century, like Pearl Harbour, where it plays a leading role in a couple scenes (crop dusting once again). The first of these at the beginning of the movie is more famous because of the director’s serious blunder. He set the scene in 1923 when the manufacturing of this model did not begin until the 1930s.

Hitchcock wasn’t free from gaffes either. In the scene where the aeroplane crashes into the lorry, we can see during a fraction of a second that the crashing plan is not a Stearman 75, but another model instead. This was supposedly due to a lack of budget, but some say that the director just wanted to keep it intact after many days of shooting the scene mentioned above.

Despite playing an outstanding secondary role in several blockbusters, this model was not well known by the general public. It, however, deserved greater recognition than it got. It played an essential role in various aviation milestones and almost completely conquered the skies of the United States, Canada and South America for several decades.