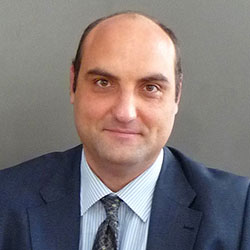 Some aerodromes are what we could call “unconventional”. These aerodromes are particularly interesting because they are out of the ordinary; and if you want to learn, investigate or discover something new, they are especially attractive in terms of their design and planning. They have their own characteristics and peculiarities that differentiate them from airports destined for what could be called “conventional” (or commercial) aviation. These unconventional aerodromes include “long-term parking” airports, seaplane bases and STOLports. The latter two are intended for aircraft that have unusual design criteria, such as seaplanes or aircraft with STOL capabilities (for short runways).

This article is going to discuss airports that serve the business segment known as “long-term parking”.

Naturally, as the world’s aircraft fleet grows, the need to “store” some of them will also increase. Currently, there are around 2000 aircraft that are inactive and stored in “long-term parking lots”. There is therefore a demand for this market segment.

In addition, despite aviation’s long-term good prospects, there may be events that make it temporarily more profitable to withdraw some aircraft, rather than maintaining them operational: for example, economic crises, 9/11, or (potentially) Brexit.

Depending on the circumstances, an aircraft can be decommissioned for a period of just a couple of days or up to several years. However, the more time aircraft spend “in dry dock”, the more difficult it is for them to return to active service. When an aircraft is stored, it must be carefully maintained in order to avoid any adverse effects of remaining inoperative, as well as to ensure a proper return to operational status.

From the point of view of this type of airport’s business model, one of its most striking features is that the market segment can be found all over the world, and it is therefore completely globalised. This means that an airport that is dedicated to this type of business is a competitor of any other, regardless of where in the world they are located. An airport of this type located in Australia or the United States is a direct competitor of one located in Europe or Asia, even though they are physically very far apart. It may be the case that, after some negotiations, the airport receiving the aircraft agrees to lower the transfer costs. In the end, if the fees are attractive, the airline will decide to park its aircraft wherever is most advantageous, which could be anywhere in the world. The aircraft could fly to its destination in several stages, if necessary.

The negotiation period before coming to an agreement is sometimes complex and to some extent “artisanal”, as it requires a very close relationship with the client. It is a very competitive business. There are cases of aircraft arriving at the airport two years after negotiations began.

For this business segment, it is particularly advantageous if maintenance activities (MRO for aeroplanes, helicopters, wide-body aircraft, etc.) are also carried out at the airport at the same time. There is a clear synergy with maintenance activities, which must always be carried out by a solvent company, one that even has a certain amount of prestige in this kind of work. The commissioning of an aircraft that has been parked for an extended period of time requires maintenance services that can only be provided by highly specialised companies. Airlines do not take risks in this regard, and are wary of companies that do not demonstrate a high degree of knowledge of the sector and, in their opinion, do not offer guarantees.

Another interesting activity that can be carried out at this type of airport is that of aircraft recycling (colloquially: scrapping, or selling second-hand spare parts). It can also be combined with executive and general aviation, UAV-RPA, or even research and development and aerospace activities (suborbital flights, space shuttle emergency runways, etc.). Sometimes it is also combined with commercial aviation (e.g. the Tarbes–Lourdes Airport in France).

In terms of design and planning, there are some general guidelines:

When choosing a location for this type of airport, whenever possible it is advisable to select somewhere with a dry and sunny climate, even a desert climate, with low rainfall. It should also be far away from the sea (which is a source of corrosion). These are the ideal conditions for aircraft preservation. The absence of obstacles and relatively flat terrain in its surroundings are also features worth mentioning. It is advantageous to have a fully open and unrestricted airspace for carrying out aeronautical activities. Having a rail connection is also a competitive advantage.

In terms of the regulatory framework governing these airports, in principle their design is subject to ICAO (or EASA in the European Union) specifications in all areas where aircraft move under their own power. However, they have their own unique characteristics. For example, long-term parking aprons are slightly different to those intended for commercial operations. In order to build a parking apron, it is not strictly necessary to pave large areas. Sometimes only a strip is built where aircraft can be pushed by tractors, the width of which must be in accordance with ICAO requirements (23 m wide). The usual separation margins are in principle optional, as long as the aircraft are being operated with their engines turned off. However, it is recommended that nacelles travel over paved areas. Access roads are usually built out of flexible pavement, whereas parking areas are built out of rigid pavement.

The number of annual operations or transits calculated for each section of pavement being built is quite small. The handling equipment is probably more critical to the road surface than the aircraft themselves. Sometimes they are even parked directly on natural terrain, if the ground’s bearing capacity allows it.

Interestingly, it is not strictly necessary for these aircraft to be parked following the ICAO wingtip separation margins. In reality, the criterion is more akin to “playing Tetris carefully”. This is because the aircraft do not move under their own power, but are instead aided by a tractor.

Another relevant aspect of this type of airport relates to the dimensioning of their runways. In principle, to calculate the required length of their runways it is not necessary to consider the payload (PL). Instead, they should use the operating empty weight (OEW) plus the fuel weight and the reserve fuel (FW+RF) necessary for the aircraft to undertake a flight to the chosen destination. However, their runways are not necessarily short. For example, Upington International Airport (IATA: UTN, ICAO: FAUP, South Africa), in the Kalahari Desert, has a 4900 m-long runway.

As far as AGL, navigational aids, aviation easements and flight procedures are concerned, there are no differences compared to ICAO regulations. Some airports, such as Alice Springs Airport (IATA: ASP, ICAO: YBAS, Australia) are equipped with an ILS; others, such as Teruel Airport, operate with visual approaches.

To conclude, below is a table summarising the most significant characteristics of some of the world’s most important airports dedicated to this market segment: