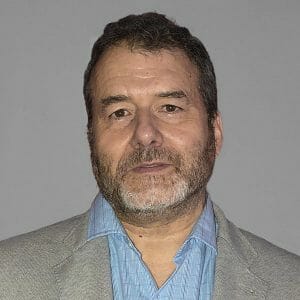 An emergency situation requiring evacuation of so many people poses a challenge from an architectural, engineering and management perspective. From architectural design to engineering aspects, evacuation routes and exits must comply with the various regulations addressing these more technical aspects. Capacities according to IATA, evacuation route distances and height differences, sizing and functionality of evacuation elements, emergency lighting and signaling system, alarm installations and pre-recorded public address systems, outdoor muster areas or meeting points, evacuation of people with reduced mobility, among others must be adequate to guarantee the success of the evacuation of an airport. In other words, “everything must be properly designed and functionally correct”.

The stampede effect occurs when people who initiate an evacuation move erratically to an exit, either because they follow others, based on the unconscious belief that said others know where to exit, or because said exit coincides with the access route to the area from which now people want to leave. It is something very human and natural to go out from where we have come in, but in an emergency situation, that exit may not be the most appropriate.

The entrapment effect occurs when the “supposed” evacuation exits are not functionally operational, generating the entrapment of all those who try to exit from there. The volume of people concentrated there can be so high that collective panic creates an “immovable mass” that is unable to back up. For all these reasons, correctly managing an evacuation is of vital importance to avoid these two risk situations, which are sometimes the great generators of victims.

Likewise, having an Evacuation Team such as the Airport’s Internal Emergency Team, is another aspect of vital importance, its quantity and quality being two of the key factors to guarantee the success of the evacuation. When speaking of quantity, we mean that the evacuation teams must be sufficient to respond to such a high number of passengers passing through an area of the airport at any given time. These evacuation teams must not only consist of airport or similar workers, such as the different passenger service agents, FFCCSE, security guards, airline handling and ticket counter personnel and PRM services, but also all those workers who are part of companies called “tenants”.

In relation to quality, the evacuation teams, both internal and integrated, must be very well informed, educated and trained to adequately manage the evacuation procedures established by the airport. Aspects such as collective panic control to even the manual opening of all types of doors marked as exits and evacuation routes, are premises of vital importance. This information and theoretical/practical training must be delivered directly by the airport, training the evacuation teams and familiarizing them therewith, by conducting their respective partial or general evacuation drills at the terminals.

Another aspect related to evacuation management is determining the direction of evacuation to be followed, either to the air side or to the land side. Evacuating passengers who have already passed through the respective security controls from the air side to the land side is a real setback if the emergency causing the evacuation ends up being a false alarm.

Fortunately, the vast majority of airports around the world have adequate and up-to-date evacuation plans that allow millions of people circulating daily through them to be sure that any incident will be dealt with reliably.