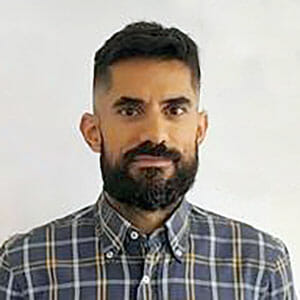 A pandemic that stopped them in their tracks at their peak and a return to normality that is slowly bringing to light the economic shortcomings of society have forced airlines to make changes to their economic policies in order to survive the future tsunami of change that poses a threat to the world.

The main source of revenue for airlines, tourists, has suffered a decline due to the anti-COVID measures which are still in force in some countries. Other countries are gradually accepting travellers, albeit unwillingly, at the expense of what happens during the winter.

Boundary conditions have been tough since 2019, but the entire aviation sector is gearing its efforts at improving and facilitating a more sustainable future.

On the other hand, the economic cycle not only affects consumers’ pocket, but also affects the income generated by companies.

For this reason, airlines such as American Airlines, are having to make changes to their offerings upon finding that their customers (mostly executives) have stopped purchasing Premium Cabin tickets for their international flights.

To offset these losses, they have decided to reduce their offerings or to almost phase out this type of ticket, in order to offer another type of ticket with similar characteristics, albeit cheaper.

However, what would this change bring for them?

They would adapt to the offerings and increase passenger space on their aircraft, since Premium Cabin seats take up too much space in the very limited space of an aircraft.

Its aim would be focused on creating more optimised flights, in order to be able to hang the ‘No tickets available!’ sign.

Not only have they reduced the wasted space that offered their most elite customers a VIP experience. They have also reduced the number of daily flights.

According to their research, this change will not affect travellers. Their idea is to not let seats go empty during their flights, with the idea of redistributing cancelled schedules or routes for others that would remain operational.

This optimisation has a clear objective: to save fuel. If the pandemic-induced slowdown in sales was not bad enough for the economy. The rise in fuel prices caused by the war between Ukraine and Russia, among other things, is putting the nail in the coffin of transport companies, leaving them with only one option: to innovate.

That is why advances in the aviation industry are the order of the day. Aircraft that weigh less, are more powerful and less polluting, have better distributed space… And everything else that human ingenuity can conceive.

However, despite the fact that airlines have not yet reached pre-pandemic traffic levels, aviation industry forecasts are optimistic. Very optimistic, to be precise, since the two big players in the sector, Airbus and Boeing, continue to accept aircraft orders.

In fact, they estimate that, in the coming decades, the number of active aircraft worldwide will double. And that’s what the numbers say, not some economic guru.

And this is all thanks to an emerging Asian market, which is ordering more and more aircraft to meet its offerings. In the coming years, its activity is expected to multiply and equal, in percentage terms, European and American needs. And the good thing about this percentage is that their population is larger and, hence, they will be ordering more aircraft compared to the West.

Of course, the type of aircraft would change in relation to what technology has helped to create. Those behemoths of the sky like the A380 or the Boeing 747 would disappear, making room for more short-haul aircraft for domestic flights or flights between neighbouring countries.

The good future prospects of an industry that tends to overcome each of the unforeseen events it encounters are hardly surprising. Nassim Nicholas Taleb already said as much in his book, in which he christened it an anti-fragile business model. That is to say, the adversities that might bring down any business, make aviation companies tougher.

For example, the worst event that could happen to an airline would be the accidental loss of one of its aircraft. A real catastrophe. However, how many accidents have there been throughout history? And, just like me, you’re still flying. Why? Their business model is designed to ensure that the same human error or mechanical failure is not repeated twice over, by becoming more accurate and reliable as a result of those errors and failures.

In other words, it is based on one of the oldest premises to keep moving forward. Learning from past failures.

Other points of interest in the industry are lowering production costs, and thus favouring an increase in sales as a result of lower product prices. Or to also promote the development of new technologies in order to generate a more sustainable business model for the future, as in the case of projects such as Airbus’ “Wing of Tomorrow”.

The shift also focuses on the type of fuel to be used in the future. With the electric motor in vehicles in full swing due to the unstoppable climate change, alternative fuels have become the focus of manufacturers and operators. The use of electric propulsion is still at a very early stage, but there are already promising experiences. There are even companies already operating small electric aircraft on short commercial flights.

Moreover, pilot projects are also being developed, such as Airbus’ ZeroE, which aims to develop hydrogen-powered aircraft. It is expected to become a reality post-2035.

In summary, although airlines and, consequently, manufacturers, and the industry as a whole, are still suffering losses due to the economic events that have unfolded in recent years, the aviation industry continues to move forward and is focused on sustainable growth, adaptation to user needs and lower industrial development costs.

In addition, the expansion of new emerging markets and fleet renewal programmes would ensure the stability of the aviation industry in the coming years.