Cochin International Airport (COK) in Kerala is the fourth busiest in India, with annual passenger figures of around 7.5 million. It was the first large airport to be privatised in the country. However, what has truly put it on the international map is the fact that it has become the first airport in the world to be totally energy self-sufficient, thanks to a large number of solar panels that have been installed there, as well as a general resource-optimisation policy.

Thanks to the sun, Cochin airport (India) has shown that it can generate more energy than it consumes.

Bearing in mind that airports are huge energy consumers and India currently satisfies more than 90% of its energy requirements using fossil fuels, this news is particularly striking.

The idea began to take shape in 2013, when an increase in passenger traffic meant that a series of improvements to the airport installations had to be made. It was seen as an ideal opportunity to develop various projects focussed on improving the airport’s environmental impact. The installation of solar panels was not an isolated achievement. It will be followed by further important projects, such as water recycling and waste treatment plants. 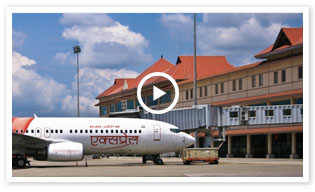 Two years after it started, the project was finished, at an approximate cost of 10 million dollars.

There is an 18 hectare installation comprising 48,150 solar panels at one end of the airport, near the start of the 3400 metre long main runway. These are in addition to the previously installed panels on the terminal and hangar roofs. As a result, the installation generates 12 megawatts daily.

The airport’s electricity consumption varies around 48,000 units per day, while the current installations produce between 50,000 and 60,000 units a day. That’s more than enough.

This is a project which not only saves the airport money, but also does not contribute to the production of greenhouse gases. To give you an idea of what this initiative means, it is estimated that the solar plant’s first 25 years of operation will prevent the emission of 300,000 tonnes of CO2. That is the equivalent of planting 3 million trees. 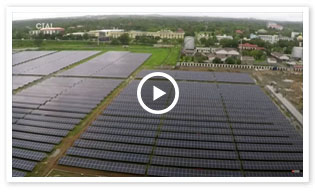 The project has also been successful from a financial point of view as, according to early estimates, construction costs of the solar panels will be covered in just five years. From then on, it will all be savings.

The idea has been extended to other airports, including George (GRJ) in South Africa and Denver (DEN) in the United States. Undoubtedly, this is an initiative which will soon spread to many more airports.