The future of the electric airplane

The aeronautical sector is one of the sectors that most actively promote the research, innovation and development of new elements that contribute to advances and improvements for our society. It contributes to the growth of air transport in commercial markets all over the world, thus accounting for 4% of the world’s GDP. If we focus on aircraft, innovations may affect small components, barely noticeable, or whole airplanes.

One of the fields in which the greatest effort is continuously being made is energy. In fact, many paths are being followed and each of them with well defined goals. On the one hand, there is the reduction of fuel consumption, so as to make the use of aircraft more cost-effective. On the other, the reduction of pollutants generated by big engines. And, last but not least, the desired goal of combining all these factors appropriately to get airplanes to travel farther each day, with more cargo and entailing the lowest cost possible for companies. In one word: efficiency.

For quite some time now we have been cooperating with the development of electric airplane prototypes that continue to surprise us. As it happens, in all the aspects of our life, there are people in favour and against their feasibility. But, is it truly possible that an electric engine can make an airplane weighing many tonnes fly?

There are many factors that affect the electric airplane equation: Reduction of weight by incorporating new materials; reduction of volume of electronic means; increase in the energy efficiency of batteries as well as the resulting reduction in density (and, therefore, in weight); innovation of framework design, wings, rudders, etc.

In fact, we are talking about several decades of research and advances that will start to be incorporated little by little in existing aircrafts or new ones appearing in the future. In the meantime, we will talk about biofuels, hybrid engines and revolutionary ideas in terms of design. However, it seems that the time of the electric airplane will arrive before or after.

In any case,  the answer lies only in the hands of the world’s large aeronautical manufacturers. They are the only ones capable of not only developing globally the technology that will allow them to do it, but also to build the prototypes when the time comes.

Therefore, our attention is drawn to the models -or rather the concepts- that NASA, Boeing and Airbus show us. Below you can see some of their proposals being developed for years to come.

Have a safe flight. 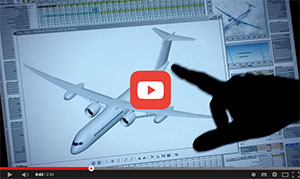 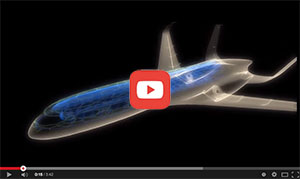 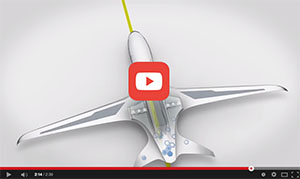