The second life of aeroplanes: maintenance, recycling or death 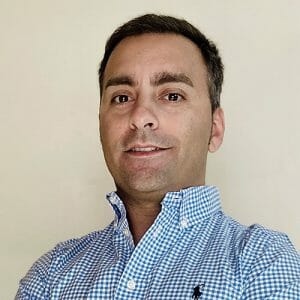 What is the useful life of a commercial aircraft? There is no regulation in the aviation industry which specifies the number of years for which it is safe to operate certain aircraft.

Their useful life tends instead to vary depending on the business model of the airline that operates the aircraft. According to data analysed by the specialist website Plane spotters, the fleets of the main European and American companies have a similar average age:

A nostalgia for flying feeds the ingenuity of aviation fans, who work to give aircraft several lives by maintaining, repurposing or recycling them, or even by restoring and displaying them. Their creativity knows no bounds.

According to a study by the International Air Transport Association (IATA), the aircraft flying overhead are usually retired after about twenty to thirty years, resulting in an average useful life of around 25 years. Does it pose a risk to crew and passengers to extend the useful life limit of aircraft beyond 30-40 years?

The answer is that as long as the plane is properly maintained, it should be able to keep flying. Indeed, some have continued to fly much longer than that, with no issues other than their maintenance cost. According to the specialised website Airfleet, these are the oldest Boeing and Airbus planes that are still flying:

There are no global safety standards, protocols, manuals or a specific number of flights or miles travelled that define the end of an aircraft’s service life.

It is the airlines themselves who determine when an aircraft ceases to be operational, based largely on the fact that aircraft become increasingly expensive to maintain as the years fly by. Factors such as the frequency of required maintenance, the cost and availability of spare parts, fuel consumption, environmental regulations and outdated technology directly affect the cost of keeping a plane in operation.

According to an analysis by the American manufacturer Boeing, “The concept of airplane economic life appears to be contextually defined, based on multiple parameters specific to the entity making the assessment (e.g., airline business model, fleet planning, geographical operation study, local economic factors, acquisition timing, etc.).”

What is clear is that the useful lives of all aircraft come to an end eventually. What awaits the vast majority is the scrap yard, though, given their size, disassembling and destroying an aeroplane is almost as complex as building one.

The scrapping process takes place in aircraft graveyards and is carried out by specialised companies. Companies buy heavy aircraft to turn them into scrap metal to be reused in other products.

The materials of most interest are aluminium and the copper cables, which have considerable value as scrap metal. Larger aircraft, for example, could have between 1300 and 1800 kg of copper.

During the scrapping process, aircraft are cut into small pieces for the shredder, where the components are separated and many of them are melted to create alloys of interest to third parties.

Not all aircraft are destroyed. Some are given a new life or put to new use, while others regain their former glory thanks to a complex process. Let’s see some examples of the latter.

Furniture is one option. Some companies are constantly seeking to fulfil the aviational needs of passengers whose desire to travel can seemingly never be satisfied, allowing customers to purchase pieces of aircraft that have been converted into furniture or decorative objects. Lufthansa, for example, presented a collection of recycled furniture ranging in price from €970 to €3,120. The Lufthansa WorldShop also offers designer products made from sustainably recycled aircraft materials. In the case of QANTAS, it managed to sell all the beverage carts from one of its recently retired Boeing 747s in just a few minutes for €800 each.

As part of the decommissioning process, it is not uncommon for the structure to be used to house restaurants, hotel accommodation, or even to be sunk beneath the waves to create reefs and tourist attractions. Another option is to build houses. Francie Rehwald, the owner of a car dealership in California, recently used a Boeing 747 as the base structure to design her dream house in the Malibu hills. She was looking for a gently curving design for a ceiling which required almost no columns to hold up. She used the wings for this, which were transported by helicopters to the site where the house was to be built. To build the house, she needed to get permission from more than ten government agencies, as from the sky her house can look like a crashed aircraft. For reference, a new Boeing 747 costs around 200 million dollars, but the empty shell cost her a cool 30,000.

Once an aircraft is no longer commercially useful, it is also possible to repurpose it. Such is the case of the supertanker, a Boeing 747 that previously served with Delta Airlines as a freighter and which was redesigned to fight fires. A system of pallets was designed to load and install prefabbed pressurised water cannons in the hold of the aeroplane. The supertanker transports the water on the left and the fire retardant on the right. It has eight tanks that can hold 90,700 litres, the contents of which are ejected via four 40-cm openings in a record time of 10 seconds!

Speaking of records, we must also mention the Buffalo Air company, which continues to operate one of the most important and longest lasting aircraft in aviation history: the DC3. This aircraft is capable of flying in the hostile conditions of the Northwest Territories in the far north of Canada. In this land inhabited by just 40,000 people, air services are essential for transporting passengers, medicines, mining equipment, firefighting and food supplies in the winter.

The DC3 can carry 21-28 passengers, 2,000 kg of cargo and has a range of 2,410 km. It can also land on short runways, something that modern aircraft can’t do. The DC3 is very reliable in all kinds of weather and has no need for paved roads or the niceties of modern airports. As a result, these planes have exceptionally long service lives, though at the cost of rigorous maintenance programmes.

Finally, there are those aircraft which enjoy a second life in museums around the world.

There are many aviation, science, technology and transport museums that have aeroplanes on display. A few significant examples include the Smithsonian, the London Science Museum and the aerospace museum in Le Bourget.

We must make mention of the case of Siegfried Angerer (pilot) and Dietrich Mateschitz (owner of Red Bull), who decided to assemble the world’s most exclusive collection of aircraft by building facilities to maintain, restore and display the Flying Bulls at Salzburg airport (hangars 7 and 8).

One of their exhibits is a Douglas DC-6B that, in its day, was used as a luxury aircraft for two heads of state (the communist leader of Yugoslavia, Marshal Tito, and Zambia’s President, Kenneth Kaunda). Their collection features other aircraft which, like the DC-6B, not only look as good as new, but are ready to take to the sky at a moment’s notice.

For more interesting posts about aviation and the aerospace industry, visit our blog.